You are Here: Home » News » Saddlers in search of more goals

Saddlers in search of more goals 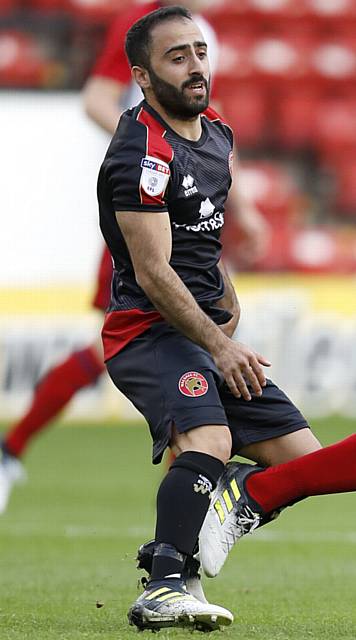 WALSALL are looking for solutions to their goals problem ahead of the meeting with Athletic this weekend.

Jon Whitney has former fans' favourite Matty Fryatt training with the club as he bids to earn a short-term deal.

But the 31-year-old free agent, who left Nottingham Forest in the summer, hasn't played at all since March, 2015, due to an Achilles injury.

And last week's 1-0 defeat at Bury served to further impress on Whitney the need to add to a strike force that looks threadbare beyond main forward Simeon Jackson and stand-out playmaker Erhun Oztumer.

"I want to see some new strikers through the door as well," Whitney told the Express and Star.

"It hurts me as much as it hurts the fans when we have a defeat.

"We, myself and my staff, are trying harder than anybody to bring somebody in.

"I have spoken to many people but we just have to be a little bit patient.

"It's not through lack of effort, we just have to make sure the right people come in.

"We've spoken to three or four players but at the end of the day I can't make them come.

"I have to try to encourage them to come to Walsall and come for the right reasons.

"And I will still be working hard this week to try to bring someone in. I will try my best but I'm not a magician."

On Fryatt, Whitney stressed that patience is key.

"He can't be rushed because that's been the issue over the last couple of years," the Saddlers boss said.

"He needs to be looked after and hopefully we can get the rewards of that in the future."

Former Athletic centre-back James Wilson is available to play after not being permitted to feature in the 3-2 Carabao Cup defeat at parent club Sheffield United last night.