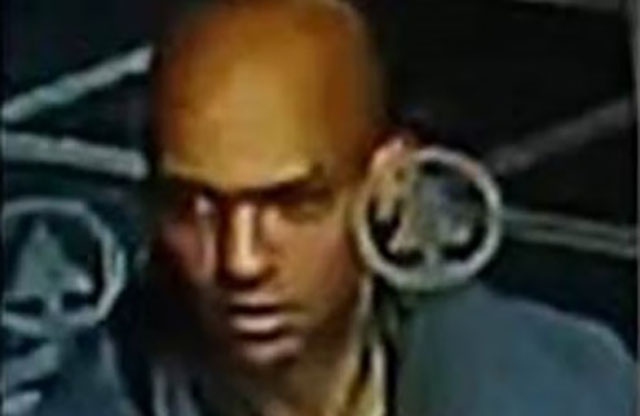 Do you recognise this man? Pictures courtesy of Greater Manchester Police

Police investigating after a man was seriously assaulted and his vehicle stolen in Rochdale have released images of two men they want to speak to in connection with the incident.

The victim, a man in his 50s, was parked up in his black Ford Fiesta ST2 on Leamington Street at 10.55pm on Saturday, November 3, 2018 when a White Nissan Juke passed by and parked up around the corner.

Three men armed with baseball bats got out of the Nissan and approached the man’s vehicle.

One of the men demanded that he got out of the car, before hitting him over the head with a baseball bat.

A female passenger was then threatened by the other two men who told her to get out of the car and leave her handbag behind.

The offenders then split up and drove away the victim’s car and the Nissan Juke.

The victim sustained a large laceration to his head.

He was taken to hospital and has since recovered.

Police have now released the images of two men they want to speak to in connection with the incident.

Detective Constable Ellen Molloy said:  “This was a brutal assault that could have had potentially much more grave consequences.

“We believe the men pictured may have important information on this crime.

“Do you recognise them or have any information? If so – contact police immediately.”