You are Here: Home » News » Main News » Record-busting November on the trams

Record-busting November on the trams 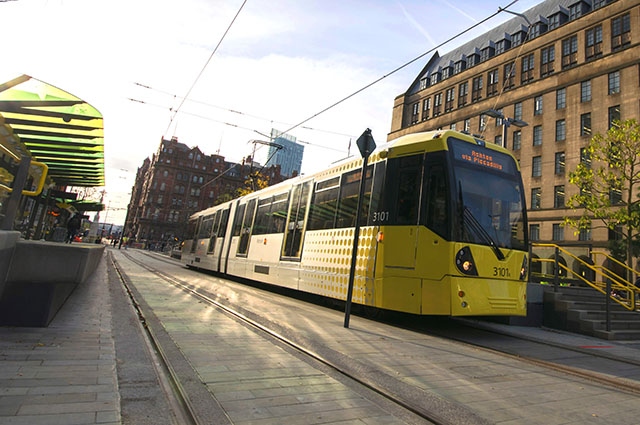 Tram totals topped the tables in November as Metrolink celebrated a record-breaking month.

During the 30-day period, 3,972,807 passenger journeys were made on the trams – the highest monthly recorded total in its 26-year history.

The network – the largest light rail system in the UK – also continues to perform well overall, with service reliability consistently topping 99 per cent throughout the year (annual average for 2018 – 99.3 per cent).

To support the network’s continued growth and demand, Transport for Greater Manchester (TfGM) has ordered 27 new trams, a significant enhancement on the current fleet of 120 vehicles.

The first of these will start to arrive from early 2020, the same year that services will start to run along the highly-anticipated Trafford Park Line.

Before then a number of major improvements will be introduced in January: a new zonal system will offer customers simpler, more convenient and flexible fares, while services to Ashton will start to run every six minutes, effectively doubling capacity.

Mayor of Greater Manchester Andy Burnham, said: “As one of the key components of the transport network that we have control over it’s great to see Metrolink performing so well and carrying a record number of journeys.

“This kind of growth brings other challenges and I know services get really busy at peak times.

"We’re doing what we can to address that with 27 new trams on order and the Early Bird pilot running to encourage people to travel outside of the peak times.

"We’re also adding extra capacity throughout December and will be increasing the frequency of trams running to Ashton from January.

“Alongside improved operational performance and the introduction of a zonal fares system, I'm confident Metrolink will continue to play a key part of many peoples’ daily lives and support the work we are doing to tackle congestion.”