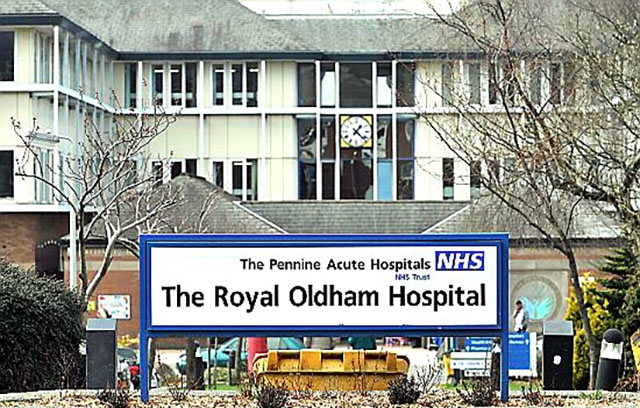 Operations have been cancelled at the Royal Oldham hospital

The plan is for The Royal Oldham, Fairfield General in Bury and Rochdale Infirmary to formally become part of Salford Royal and the Northern Care Alliance, whilst North Manchester General Hospital will become part of Manchester University’s Trust.

The proposal is part of a longstanding plan to create a single hospital service for the city of Manchester and Trafford.

It is expected that the spilt of the trust will be completed by the end of March 2020, subject to rigorous due diligence, agreement of financial plans and approval of business cases.

The arrangement to formally reorganise Pennine Acute Trust is a complex legal process and requires formal approval at national level via NHS Improvement, and the Competition and Markets Authority.

Local NHS and council representatives have formed a board, which is overseeing the process and proposed changes in hospital ownership.