You are Here: Home » News » Main News » Plumes of smoke seen for miles after fire on Saddleworth Moor

Plumes of smoke seen for miles after fire on Saddleworth Moor 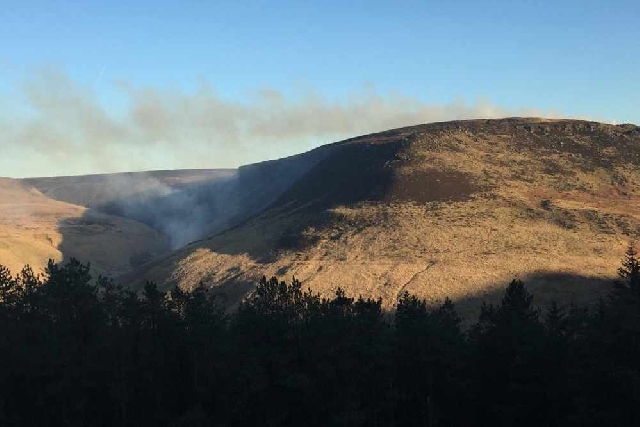 Latest image of the fire on Saddleworth Moor

Three fire crews were called to the scene near Bank Lane in Greenfield at around 3pm on Monday afternoon (25th February) following reports of a fire breaking out on moorland.

Plumes of smoke could be seen from miles around with some people commenting on the scene from as far afield as Stockport. 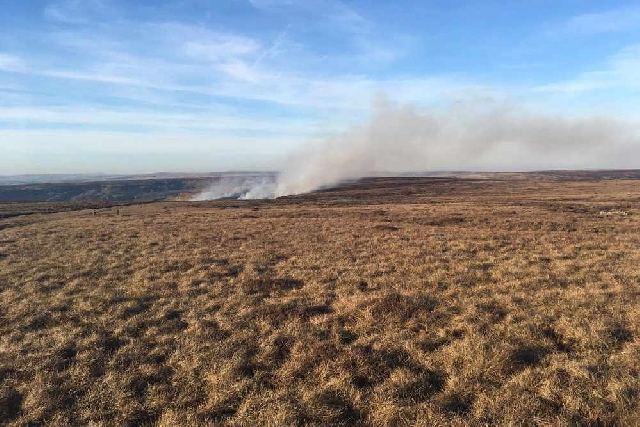 It’s believed the blaze covered around 200 meters of the moor near to Dovestone Reservoir and comes on the back of a major fire on the moors last week when fire crews from across Tameside and Oldham tackled a fire which covered around 100 square meters.

It’s also less than a year since the massive fire which engulfed grassland during last summer.

Greater Manchester Fire and Rescue Service say they have started an investigation to try and find the cause of the blaze.