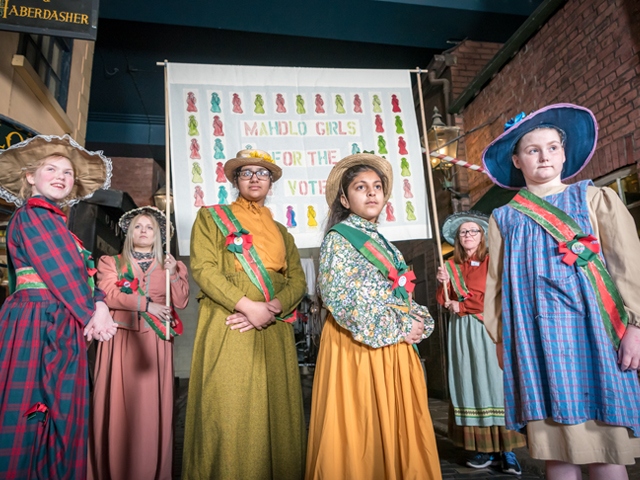 Young people in Oldham are taking part in a new project that will empower them to become campaigners of the future, to mark International Women’s day.

The Game Changers project is exploring the movement of the lesser known female campaigners, the suffragists and is helping the youngsters from Mahdlo Youth Zone learn about the peaceful methods they used to campaign. The suffragists campaigning led to women over 30, gaining the right to vote through the Representation of the People Act 1918.

They have created artwork from what they have learnt including banners, sashes and posters with local artist Claire Hignett, which will be on display at Gallery Oldham. This will be the day after International Women’s day on Saturday 9th March, where a pop-up stall will be available for members of the public to see.

Kate Entwhistle, Youth Worker from Mahdlo Youth Zone, said, “It has been great for the young people at the group to take part in this project. They have learnt a lot about the work of the suffragists and the important role they played in securing the vote and justice for all.

They have enjoyed attending skills workshops to help them become effective campaigners and leaders of the future by building self-esteem, social skills, confidence and raising aspirations and are looking forward to the taking part in International Women’s Day celebrations and displaying their work.” 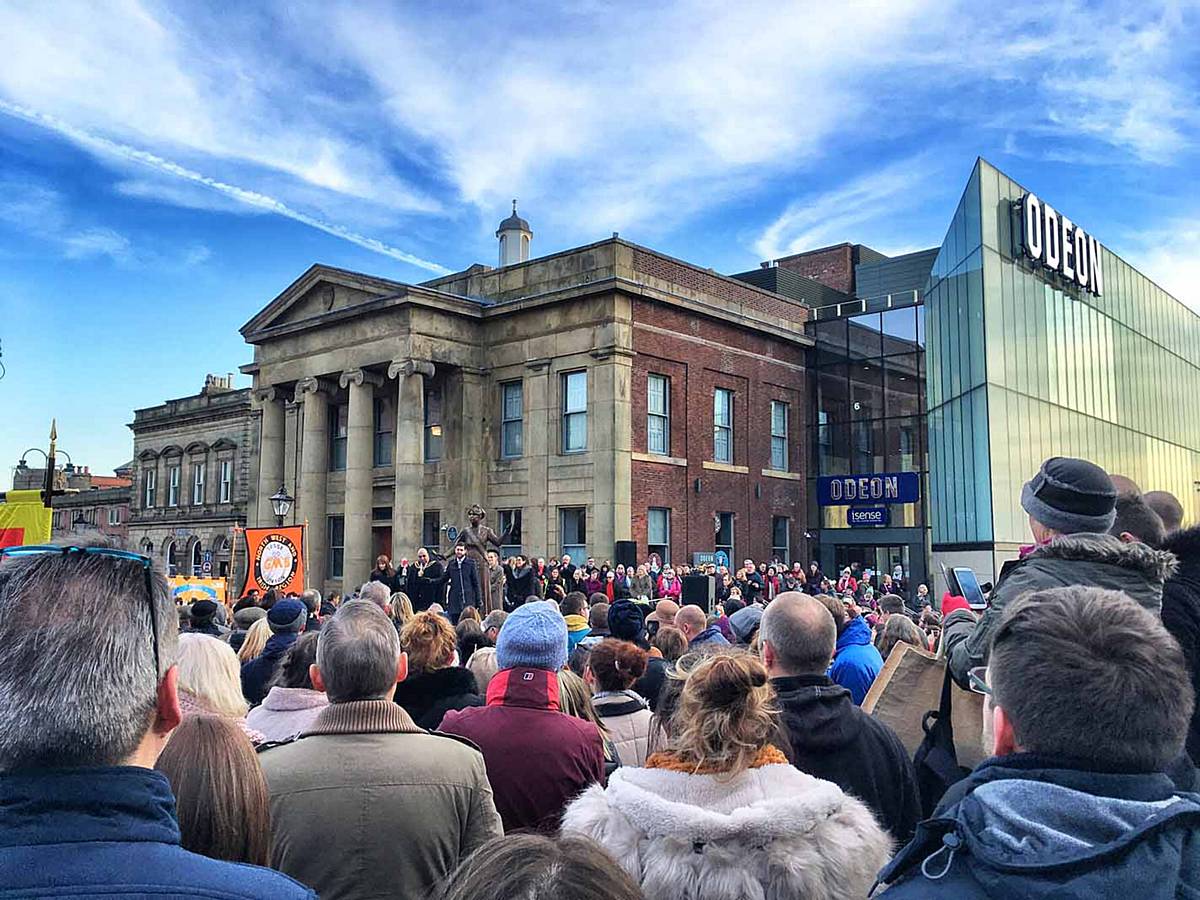 The opening of the Annie Kenney statue in Parliament Square

As part of the project, which is run by Tandem Theatre and made possible by a grant by Heritage Lottery Fund, the young people have researched Oldham suffragist Sarah Lees, the first female mayor.

The young people have visited the People’s History Museum and Archives+ in Manchester and enjoyed re-enacting the 1908 Manchester Demonstration, by marching through Lark Hill Place, Salford Museum and Art Gallery.

Frances Nutt, Artistic Director at Tandem Theatre, based in Salford, said, “The high-profile role of Emmeline Pankhurst and the more militant activities of the suffragettes can sometimes overshadow others who campaigned for women’s suffrage.

Our Game Changers project highlights the lesser known suffragists, who used law abiding methods to campaign, to be an inspiration to young women today, as campaigning for women’s rights is still as relevant.”

The project, which is taking place across all 10 Greater Manchester boroughs, will culminate in a joint event on April 13th at Manchester Central library.