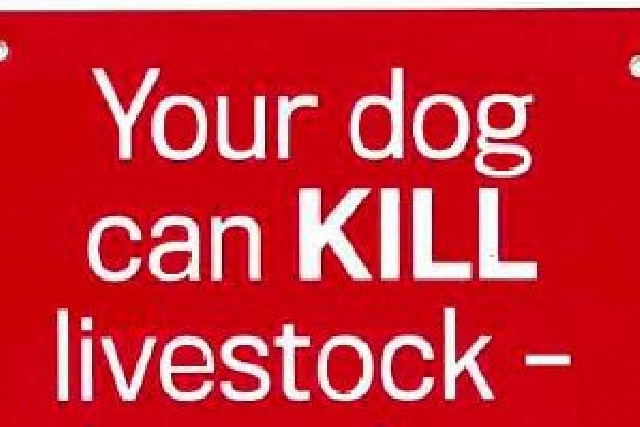 Warning signs have been posted around Saddleworth

The picture taken by distraught farmer Darren Hough caused widespread revulsion and outrage after it was circulated on social media.

Saddleworth villagers condemned irresponsible dog owners for allowing dogs off leads near livestock and police warned there could be “lethal force” by landowners in a backlash against the attacks.

The lambing season has just begun but in the first week, Mr Hough has lost two pregnant ewes and their unborn lambs, in 48 hours at his sprawling farm overlooking Greenfield.

In a plaintiff message he said: “I have a sad update on the ewe was savaged by a dog at Greenfield station.

“She aborted her lamb that was nearly full term. The aftermath is just as heartbreaking as the actual worrying.

“I left the dead lamb with her as she wanted to clean it...

“This is beyond a joke. Be warned any loose dogs will be shot.

“Someone knows this dog, a small brown stocky dog, it must be covered in blood when returned home.

“The dog was chased off from the attack by kind passers-by who reported the attack which is greatly appreciated, and thanks a lady for her help retrieving the ewe down the hillside.”

And he appealed to dog owners: “Please don't just let your dogs out keep them on a close lead.

“Thank you, I am sorry if these images upset people but it's the only way to get the message through.”

And he said other pregnant ewes brought in from fields ready to lamb, have faces covered in dog bites. 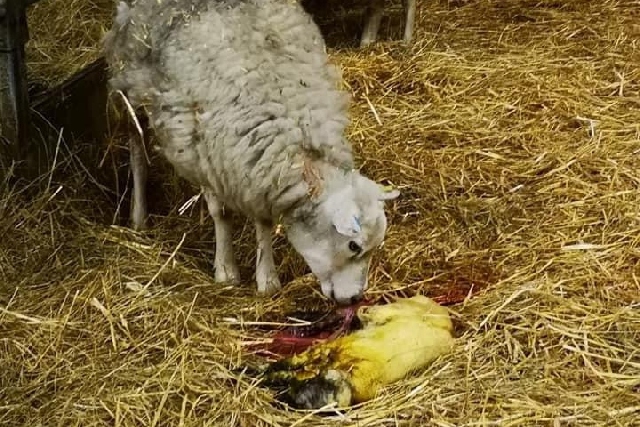 Meantime, in a Facebook post, GMP Saddleworth and Lees said: “Six sheep have been mauled to death over the last two-week period near the Wharmton Mast at Greenfield.

“A dark brown stocky dog has been seen in the same field with the sheep and an eye witness reported seeing a ewe tumbling down the Greenfield side of the hill with a large brown dog attached to it.

“The sheep are sustaining horrendous injuries which ultimately ends with not only their deaths but also of the lambs they are carrying.

“Land owners will use lethal force against dogs worrying their animals.

“The dog/s carrying out these attacks will be coming back to their owners possibly with signs they have been involved in some form of associated activity to the incidents as outlined.”

And a spokesperson for the National Sheep Association said: “We reiterate our sympathy for the victims and express our concern about the frequency of these attacks.

“The NSA is working closely with police and a range of other organisations to tackle the issue.

“There is much work going on behind the scenes but the most important thing is to keep reminding the public that any and all dogs can be capable of this kind of damage if given the opportunity.

And they are offering dog worrying signs to members and non-members.

Police say if you see dogs worrying livestock please record as much detail as possible and alert the Police on 101.