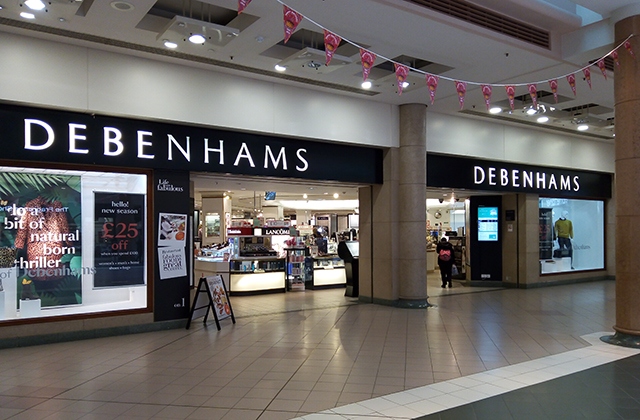 The Debenhams store in Spindles Shopping Centre in Oldham

It had been hoped a rescue package from the owner of Sports Direct, Mike Ashley, could save the struggling department store Debenhams, however it’s been announced his latest package, worth around £200 million, has been rejected by lenders.

It pushes the 240-year old retailer into administration.

On Tuesday morning (9th April) shares in the company were suspended with Debenhams rejecting the latest offer from Ashley.

The department store chain, which has 165 UK stores including in Spindles Shopping Centre in Oldham, is on the verge of entering a so-called pre-pack administration as part of its deal with lenders to keep it afloat.

But Mr Ashley, whose Sports Direct empire owns 30% of Debenhams, has been battling to avoid such an outcome, which would see this stake wiped out.

Debenhams has spurned a series of offers from the tycoon - all of them conditional on him being installed as its chief executive.

Mr Ashley, who had a £150 million bid rejected on Monday (8th April) upped the ante again in the early hours of Tuesday morning, offering to underwrite a rights offer - a way of raising cash from shareholders - to the tune of £200m instead.

The offer was conditional on lenders agreeing to write off £82m of its £720m debt mountain - less than Mr Ashley had previously asked for.

But Debenhams confirmed its lenders had rejected the latest deal from the retail giant, who also owns Newcastle United Football Club, saying it was "not sufficient to justify an extension" to Monday's refinancing deadline for the business.

It added the "milestones relating to a potential transaction" with Sports Direct had not been met and that therefore a tranche of financing it needs to keep afloat will only be available if its operations transfer to the lenders.

Debenhams said this would "ensure the stability and continuing trading of the group's operating subsidiaries, with no disruption to the group's business, customers, employees, pension holders, suppliers or operations".

It’s not clear at this stage what it means for the 165 stores, including the one in Oldham town centre, or the people who work there, however it’s thought some stores could close, though not before the end of the year.