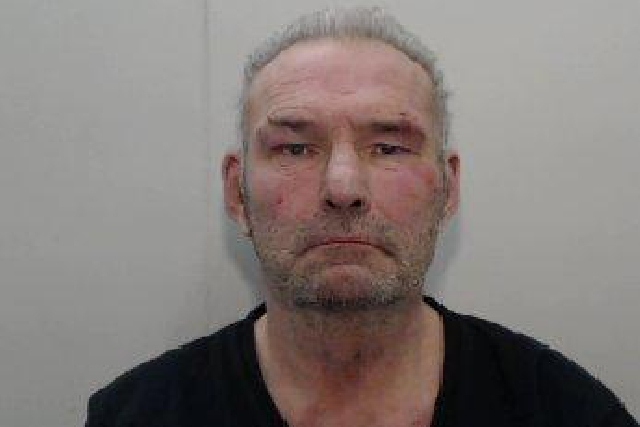 Raymond Lucy will serve half his sentence behind bars

An Oldham man has been sent to prison for twenty months after he went around to his ex-girlfriend’s house and fire an air pistol just yards away from children walking to school.

63-year old Raymond Lucy, from Cypress Avenue in Chadderton, was handed the sentenced, half of which will be served on licence, after appearing at his former girlfriend’s house on Honeywell Lane in Oldham back in January this year.

Manchester Minshull Street Crown Court heard how Lucy, who’d been drinking, banged on the door of the house at around 8.30am on 18th January, he appeared to look ‘crazy’ when the door was opened by another man.

Knowing Lucy had a violent history, the man punched him twice, this caused Lucy to suggest the pair have a fight before pulling out his air pistol and firing it, at least once in the direction of the man.

However, at the time of the firing a group of school children were walking past the property, they were stopped from going near it by a passer-by.

After firing the weapon, Lucy fled the scene, he was arrested a short time later with police finding the gun and a lock knife.

In court, Lucy’s defence claimed the 63-year old had lost his way due to drink and his obsession with prostitutes.

It was claimed his actions were part of a long running dispute between him and his former girlfriend.

In addition to serving half in sentence behind bars, Lucy will also be subject to restraining order upon leaving prison.