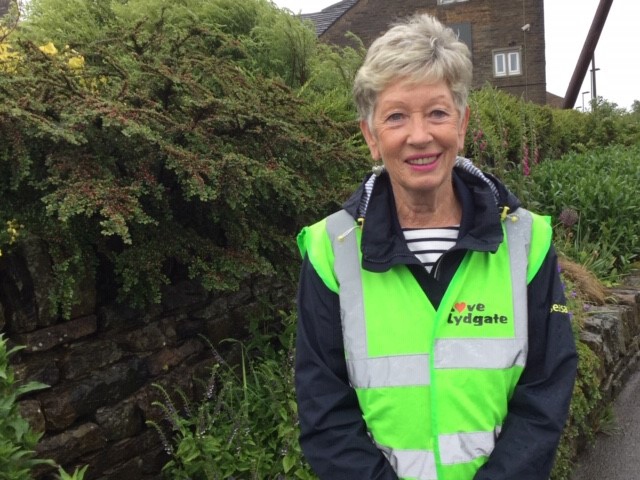 A woman who lead a campaign to stop  a Saddleworth hamlet being ‘airbrushed off the map’ has been awarded the British Empire Medal in the Queen’s Birthday Honours List.

Jennifer Greenwood , aged 71, has received the honour for services to the Lydgate community.

She inspired a small group of residents into forming a community group - Love Lydgate -  established in 2009 of which she is the chair and secretary.

The award citation says the group are responsible for changing the little village into a beautiful place with its magnificent floral displays.

She organised fly tipping areas to be removed and would approach local gardeners to assist with the up keep of the floral displays around the town.

In addition, Jennifer runs a number of projects and organisations including the choir 'Lydgate Larks,’ and 'The Lydgate Stitchers' which created a stitched hanging wall in the Parish Hall commemorating the death of the soldiers who fought in the Second World War.

Seven years ago, she was responsible for publishing a book 'Boys from the Top of the Hill' about the men of Lydgate who lost their lives during World War One anf, in addition, initiated the installation of  a plaque  outside the village  church to honour the local heroes.

She organises regular monthly coffee mornings and lunches which include interesting talks from regional speakers and a weekly  'Keep Fit' Session in the parish hall.

Speaking at her Lydgate home she said: “The award a lovely surprise and it was a big surprise to receive the British Empire Medal.

“It is especially nice that it is an award is specifically for people who have made a difference in their local community and that  I was put forwarded by local people.

“Love Lydgate is a team and I honestly couldn’t have realised anything without this great community  full of talented and enthusiastic people who are literally up for anything. I feel it is  a huge well done for us all.”

The British Empire Medal was founded in 1917 and awarded for "meritorious" actions by civilians or military personnel, although the recipients did not attend a royal investiture.

It was scrapped in 1993 by former Conservative Prime Minister John Major, as part of his drive towards a "classless" society, but was revived in 2012.