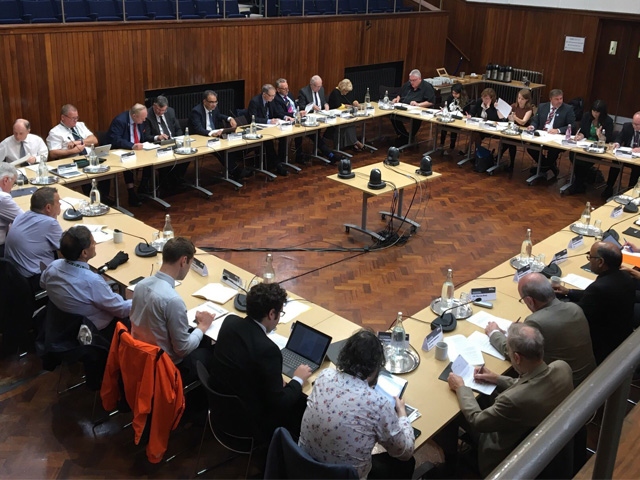 A newly-formed body, responsible for overseeing the shape of transport in Greater Manchester, has held its first meeting and this includes mayors.

Members of the GMTC have been appointed to represent residents and businesses across Greater Manchester. The Committee will have a unique oversight across all aspects of Greater Manchester’s transport network.

It is perfectly placed to oversee the performance of the transport system and hold rail, tram, and bus operators, TfGM, and highways authorities to account.

This effectively allows the Committee to act in an advisory capacity to the Mayor and the GMCA, through the Mayor’s Transport Board.

The committee will also play a vital role in driving the delivery of ‘Our Network’ - the city region’s vision for an integrated, efficient and reliable transport system.

They will also have a role in the development of transport strategy and policy and have more of a say in how local transport schemes are delivered.

The first meeting, which took place at the Friends Meeting House in Manchester city centre, saw the Councillor Mark Aldred nominated as Chair of the Committee. His role was later approved by Mayor Andy Burnham.

On his new position, Councillor Aldred, said, “I’m honoured to have been appointed as Chair of the Transport Committee.

It’s been a great first meeting – travel and transport are issues close to many people’s hearts, and my fellow committee members and I are looking forward to representing the interests of people in our communities.

We are looking forward to helping deliver the ambitions of Our Network, and are feeling positive about the future.”
The Committee members nominated Councillor Doreen Dickinson, and Councillor Roger Jones as Vice Chairs.

Councillor Dickinson has been the Conservative representative for Stalybridge South in Tameside since 1992, and as Vice Chair, she will be particularly focussing on Metrolink and rail matters for the GMTC.

Councillor Jones is the Labour representative for Irlam in Salford, and on the GMTC he’ll primarily be concerned with bus and road issues.