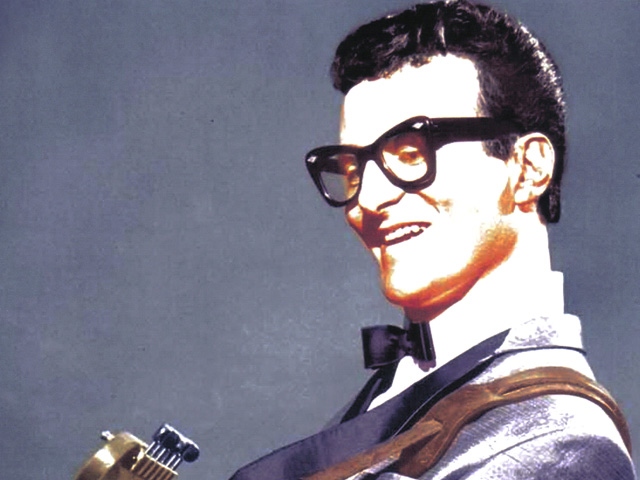 Marc Robinson, from ‘Stars in Their Eyes’ and ‘Buddy The Musical’, celebrates the music of the classic fifties icon Buddy Holly

A magical showcase portraying four musical legends will take to the stage later this month to raise money for local hospices in Oldham, Rochdale and Ashton.

The idea of Oldham music promoter, and former drummer, George Hansford, the ‘American Legends’ show promises three hours of classic Rock ‘n’ Roll in honour of music icons Elvis, Buddy Holly, Roy Orbison and Neil Diamond, and brings together some of the top tribute artists in the country.

Marc Robinson, from ‘Stars in Their Eyes’ and ‘Buddy The Musical’, celebrates the music of the classic fifties icon Buddy Holly.

The ‘King of Diamonds’, Dave Dixon, will present his award-winning tribute to Elvis and Neil Diamond with what promises to be a glittering performance with an amazing voice and authentic moves to match.

‘Stars in Their Eyes’ finalist Dixon has wowed audiences throughout the UK and was a finalist in the European Elvis Championships.

Described by critics as “the living image and voice” of Roy Orbison, taking the audience on a nostalgic ride with the songs of the great man himself will be Darren Page, featuring ‘I Drove all Night’, ‘Crying’, ‘It’s Over’ and many more.

Proceeds from the concert will benefit three hospices - Dr Kershaw’s in Oldham, Springhill Hospice in Rochdale and Willow Wood in Tameside.

Speaking about his decision to put on the charity evening, Mr Hansford said: “The hospice cause is very personal to me having seen the care by wife received herself and I can’t thank them enough for that.

"I am one, among many thousands who have benefited and I hope to raise as much money as possible for our three wonderful local hospices.”

‘American Legends’ will take place at the Queen Elizabeth Hall, Oldham, on Friday, August 16 at 7pm, with seating in cabaret style.