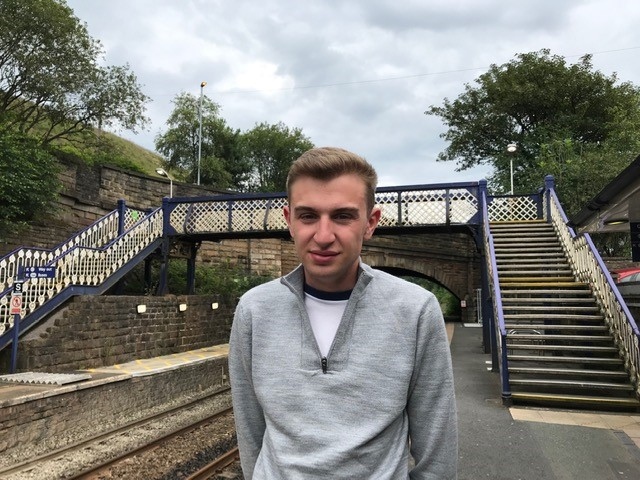 In his letter to Grant Shapps MP,  appointed Transport Secretary in Boris Johnson’s cabinet reshuffle,  Cllr Woodvine says plans to make the station accessible rely on the railway line being electrified but the  project could be jeopardised if a decision is made to scale back proposed electrification works.

He focusses on rail passengers having to cross a footbridge to change platforms for journeys to Huddersfield and the North East.

Changing  platforms, he said,  involves climbing 48 steps across the bridge which was installed to replace the underground subway more than 40 years ago and was subject to flooding and unsociable behaviour.

His letter says: “The station alienates those most vulnerable, especially disabled people and young children.

“Proposals to modify the station to provide full disabled access are being considered as part of Network Rail’s  delayed Pennine Rail route upgrade.

“We now have fears the Department for Transport may choose not to electrify the whole line and instead exclude the section between Stalybridge and Huddersfield to cut costs.

“This section includes Greenfield. Unfortunately the issue becomes evermore complex as Greenfield is currently excluded from being considered as part of the Government’s ‘access for all’ programme – because of the promised Network Rail update.”

In 2016/17 Greenfield station had a footfall of 370,000 – the second highest use of the stations in Greater Manchester highlighted for access improvements.

He adds: “We desperately want clarity on what is being done to solve the inaccessibility problem.

“Ultimately a decision must be made but I would ask that even if the line is not in the end electrified that we, and other stations along the trans-Pennine route with similar problems, can have the accessibility improvements we desperately need.”

Cllr Woodvine was elected unopposed for the Dobcross and Diggle Ward in the recent parish council elections.