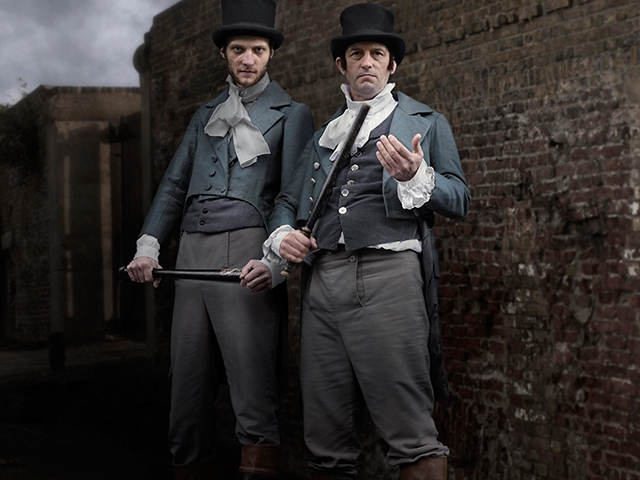 There's a whole programme of events going on across Greater Manchester to celebrate the 200th anniversary of the Peterloo Massacre.

Photography, film, ceramics, paintings and more invite people to discover the legacy of the Peterloo  today.

These form part of the 2019 programme of events taking place across Greater Manchester, led by Manchester Histories and supported by The National Lottery Heritage Fund.

The disruptive force of ArtActivistBarbie is exhibiting at Manchester Central Library until 6 September.  Inspired by the change sought by those at Peterloo, the exhibition invites conversation and action on gender injustice and inequality.

Visitors are invited to be liberty guardians by making miniature placards to stage their own mini-protest in the ‘Houses of Unrest’.  The exhibition is curated by Sarah Williamson (University of Huddersfield) and Alexis K Johnson, who are part of an international collective of artists, educators and academics formed in 2017 to protest the gender gap.

Misshaping Peterloo takes place at Manchester Craft & Design Centre until Saturday 7 September featuring the work of illustrator and ceramicist Alex Sickling. The work is inspired by the individuals who fought and died for their rights and freedom in the Peterloo Massacre and the fact that this was one of the first major political events to be commemorated by the creation of ceramics.

Alex’s poignant, playful and political pottery looks at how and why we commemorate disaster and historical events using ceramics, and how sometimes key facts can become distorted in the rush to meet a deadline.

On display at Manchester Central Library until Saturday 28 September are the photographic tableaux created by internationally acclaimed artist Red Saunders for the Hidden Project.  This vast visual experience brings visitors face to face with scenes involving the stories of those who have so often been hidden from history.

From the female reformers marching in white carrying branches of laurels on their way to St Peter’s Field, to the bloody events that unfolded when troops were sent in, to the aftermath and events that followed.

Those taking part in the Peterloo Anniversary Event on Friday 16 August, will be able to see Red Saunders’ images on an even greater scale.  The day will conclude with a projection of the Hidden Project images onto the side of Bridgewater Hall from 9pm until midnight.

Ahead of this, starting at 7pm, Art Battle Manchester will bring an array of painters, illustrators, tattooists and street artists together to go head-to-head as they explore protest, democracy and freedom of speech in a Peterloo Special taking place at Manchester Art Gallery.

Artist family, Grace Surman and Gary Winters and their children Hope and Merrick, has worked with National Trust volunteers and academic Michala Hulme to uncover what was happening in the lives of those who lived and worked at Dunham Massey and Quarry Bank at the time of Peterloo.  The discoveries have been woven into the narrative and creative of two distinctly different films, titled Glorious Phantoms, showing at each individual location as part of the visitor experience until Sunday 29 September.  Rather than a retelling of the story, the films look at the human side of those involved.

At Dunham Massey, the consequences of the French Revolution would have been in the mind of George Harry Grey, 6th Earl of Stamford and Warrington (1765-1845), whilst tradition and the upholding of rank and social status would be things he held dear.

As the Lord Lieutenant of Cheshire he was aware of the meetings being held across the country and is known to have held a meeting with his own magistrates to discuss ‘the preservation of public tranquillity’.  There is also evidence that whilst he wasn’t in Manchester on 16 August 1819, he was part of the chain of command that sent the Cheshire Yeomanry to St Peter’s Field, Manchester.

Samuel Greg (1758-1834) and his son Robert Hyde Greg (1795-1875) were present at the Peterloo Massacre.  In addition to Quarry Bank, the family had a house on King Street and it is known that Robert was in Manchester on the day of the protest, with the research evidence suggesting that he specifically went to hear Henry Hunt speak.

At the trials that would follow he gave evidence that went against the governing view, stating that from where he stood, he could not see people attacking the military, but that it was the military that attacked the people.