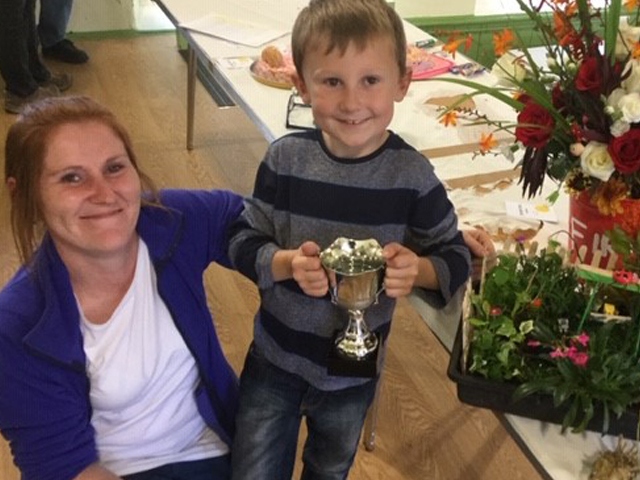 Little Branden Buckley was toasted the cream of the crop when he scooped up the most points in a Saddleworth village’s legendary horticultural show.

And he and other young contestants received praise from the event committee and Cllr John Hudson, Oldham’s former mayor, who presented the prizes.

“And in turn these on to become part of the wider picture benefitting Oldham and beyond,” he added.

A committee spokesman said despite mixed weather there were some strong entries and added: “It is  wonderful to see youngsters contesting the different classes. They are laying down a marker for the future.” 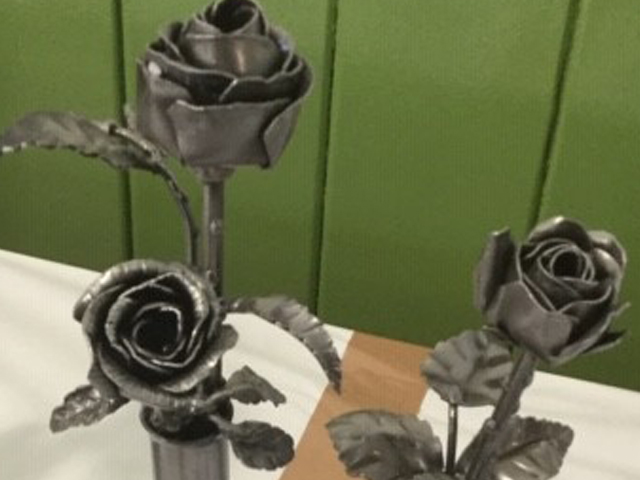 Branden, pictured with his mother, Jill Davies, is a member of Delph’s gardening club at the village school. Last year, his creativity and flair earned him the top award for the best exhibit in a keenly-contested show.

His entry, “Chirpy Chive,” showed a cartoon face carefully modelled on a plant pot, with chives and  greenery sprouting out of the pot’s top and sides.