You are Here: Home » News » Main News » Rochdale market to close in October

Rochdale market to close in October 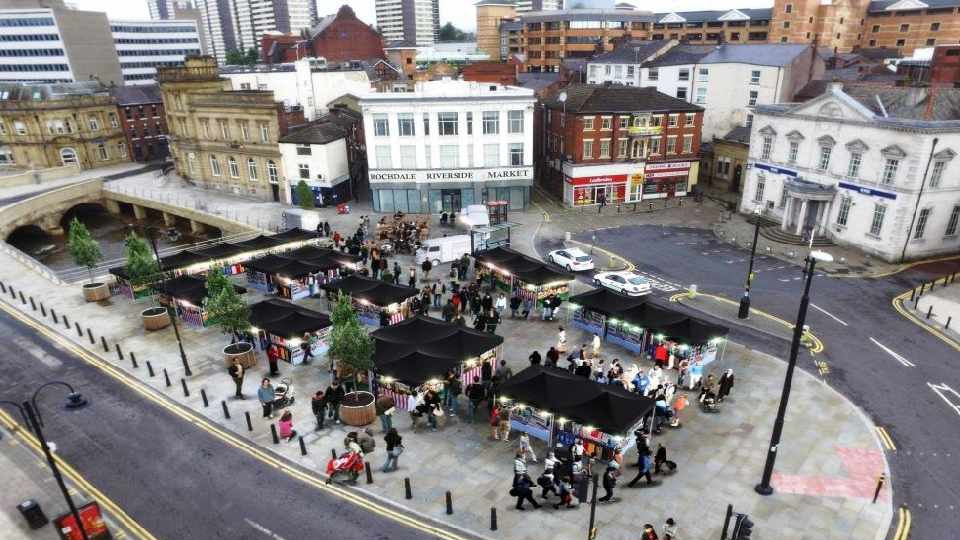 Rochdale Market is being closed, with the last trading day set for Monday 14th October.

Over the past year, the number of traders regularly attending the market has halved and it is no longer financially viable.

There have been four days over the past year, including two Saturdays, when no traders turned up, and on nine others only one trader was present.

Although the council has been successful in attracting new businesses into vacant shops in the town centre- there has not been the same level of interest in the market.

The council began running the market after the Exchange Shopping Centre, where it was previously based, was sold.

In 2017, as part of efforts to maintain and enhance it, an external operator was selected but the relationship ended after failing to live up to expectations.

The council took control of the market again, including the renovated indoor section, in October 2018 but the quality and number of traders has not improved.

Efforts to maintain the market, including giving rent-free periods to traders and subsidising bills, have not been successful.

Outdoor traders were also given the opportunity to run the outdoor market themselves but their proposals, which the council considered carefully, were not viable.

The council’s market manager will support any traders who would like to relocate to other markets in the borough or any other suitable location.

Special events, which have worked well since they were introduced, will continue and the council will look to build on these in the future.

The market hall is in a prime location in the heart of Rochdale town centre and we will be working on alternative uses for this important building going forward.

Do you have a story for us? Want to tell us about something going on in Tameside, Oldham or Rochdale? Let us know by emailing news@revolution962.com , calling us on 0161 621 6515 , tweeting us @rev962 or messaging us through our Facebook page. All contact will be treated in confidence.