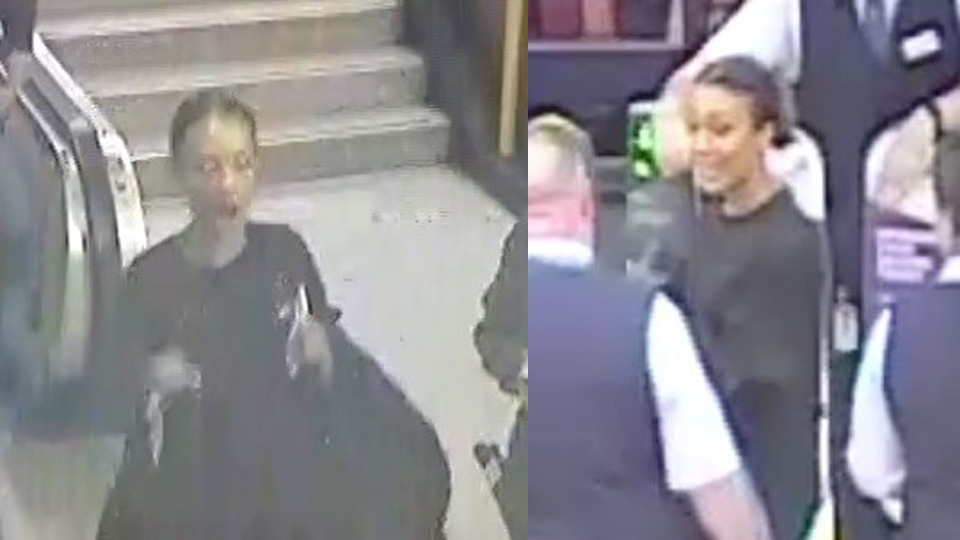 BTP are searching for this woman in connection with the incident

Police are investigating after a member of rail staff was attacked at Manchester Piccadilly station.

British Transport Police have released CCTV images after a member of rail staff was kicked between the legs after a dispute.

The incident happened on the station concourse at 7.30pm on Friday 30 August.

The victim, a man aged in his 40s, was attacked and verbally abused following a ticket dispute.

Police issued a statement on the incident, urging for anyone who can identify the woman to come forward.