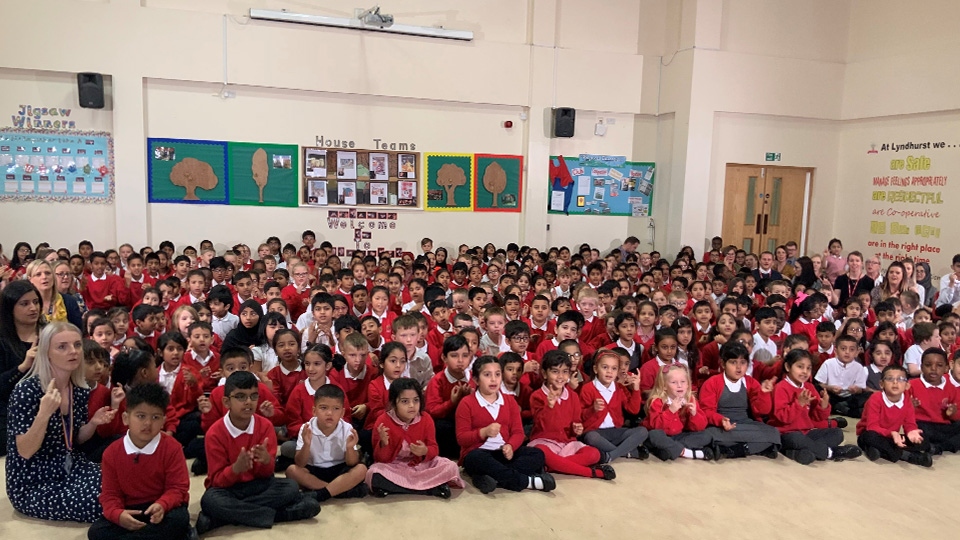 A school in Oldham has attracted national recognition, after teaching all it's young pupils to sing in sign language.

Lyndhurst Primary appeared on ITV's This Morning earlier this week, with programme producers saying the school had 'warmed their hearts'.

It's after they found out the lengths teachers and pupils had gone to, to help 5 pupils with hearing difficulties feel welcome. Rather than make the pupils feel excluded, ALL pupils have now been taught how to use sign language.

Deputy headteacher Rob Hollingsworth told The Chronicle: "This has been a really beneficial experience for all the pupils of the school.

"They can do Heather Small's Proud, they know songs form The Greatest Showman and even some Bruno Mars tracks.

"They've gone on to sing at different events and we think it's been an uplifting experience."

This initiative started when one of their deaf pupils, Mohammed Daud, was having trouble using his cochlear implants.

In order to encourage him to use them, his educational communicator Amy Scoltock decided the best way was to encourage other pupils to use British Sign Language to communicate with him.

The pupils have gradually got better and better and have embraced the new form of talking with one another.

Deputy Headteacher Rob Hollingsworth tells us they are now planning to try and record a Christmas single, in aid of charity.

"Our ambition is to try and get a new recording done of the children, which we think they would love."