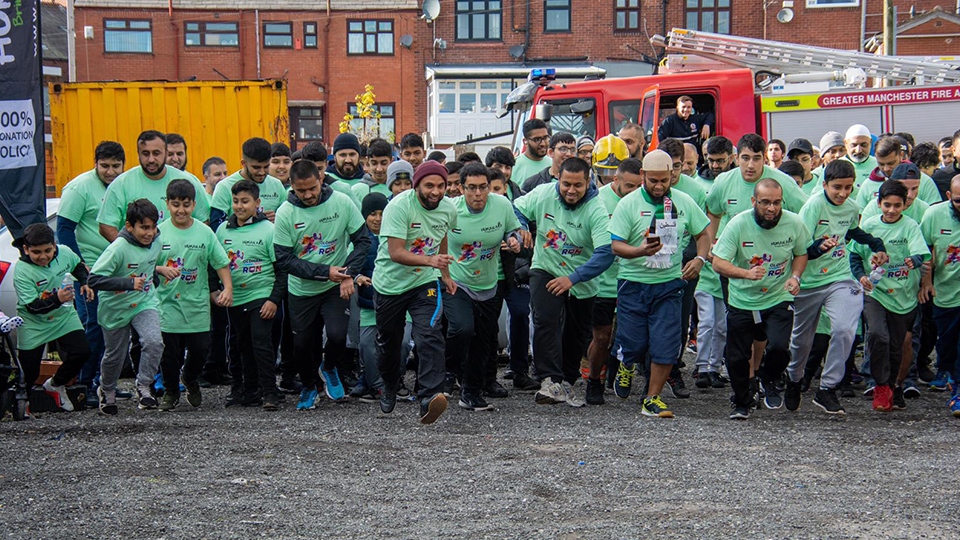 Over 100 runners came together on Sunday to take part in Human Aid’s second Oldham Community Run, which this year was run in memory of PC Shazad Saddique.

The runners completed a 3k run around Coppice, Oldham, to raise awareness and donations for medical projects inside Gaza, Palestine.

The run was emotional for some, as it was in memory of PC Shazad Saddique who passed away earlier this year.

Shazad was the runner up in the first Oldham Community Run and also held Palestine very close to his heart taking part in the Palestine Marathon and raising funds for projects.

Fifteen mosques and institutes from across Oldham came together in unison for the run - the biggest of its kind in Oldham.

Human Aid UK hope to organise this run annually and unite the community of Oldham together, for charitable causes across the globe.

Jewel Choudhury, a volunteer of Human Aid, said: "Not only did we manage to get the community together for a run on a cold winter Sunday, we also managed to raise over £9000 to support the noble work of Human Aid in Gaza."

Muhammad Campbell, a fireman and friend of Shazad also took part in the run. He also decided to run the 3k with his full uniform and breathing apparatus on.

His colleagues from the Greater Manchester Fire service also attended the event to show their support.

Arif Mohid, a runner representing Jalalabad Mosque, took part in the run with his one year old daughter – Amaanah.

Arif said: "I had received strict instructions from my wife, who was at work, not to take Amaanah out in the cold.

"Three hours later, Amaanah is out doing the 3k run with over 100 people on the streets of Oldham. But I’m sure we’ll be forgiven since we both won a medal!" 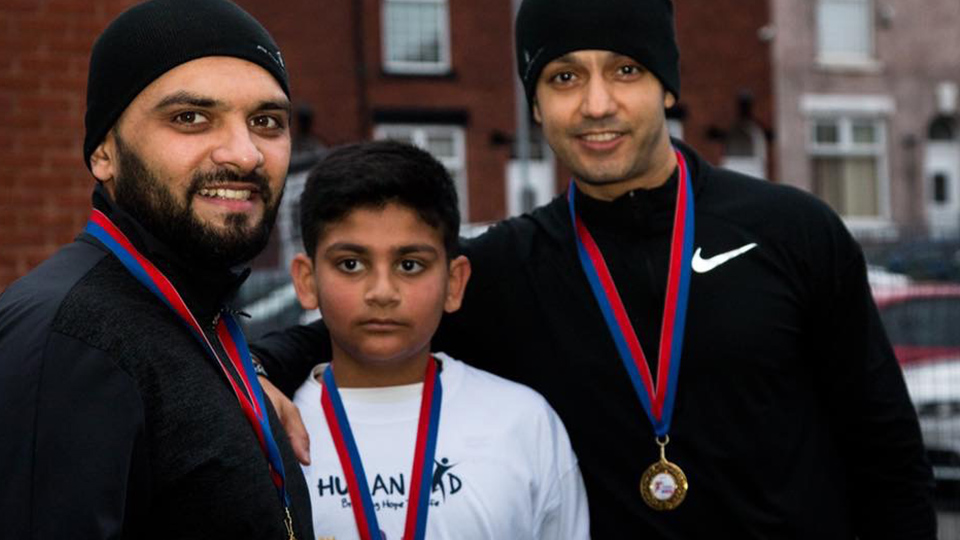 This year’s run was once again sponsored by Amin Haque Solicitors, who are based in Oldham.

Human Aid UK, which has an office in Oldham, is an international humanitarian charity which strives to alleviate the suffering of the oppressed. Human Aid is committed to making sure the people affected by conflict have access to at least the minimum requirement for a dignified and secure life.

The organisers are hoping to reach their target of £10,000! Donations can be made on: www.oldhamcommunityrun.co.uk