You are Here: Home » News » Main News » Pair arrested after cars, cash and drugs are seized

Pair arrested after cars, cash and drugs are seized 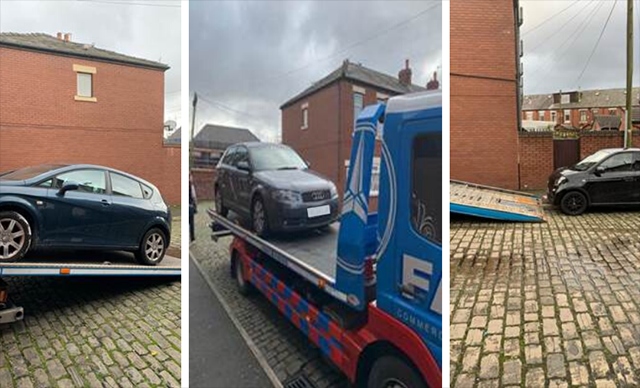 Officers have made two arrests after cars, cash and drugs were seized in Rochdale.

Following intelligence police entered a property on Derby Street, Rochdale at around 9am on Tuesday, November 5, 2019

As part of the operation, two men were arrested for drugs and money laundering offences. The arrests come as part of Greater Manchester’s Programme Challenger – a dedicated partnership set up to tackle serious and organised crime across the region.

A 23-year-old man was arrested on suspicion of being concerned in the supply of class A drugs and has since been released on bail.

A 24-year-old man was arrested on suspicion of being concerned in the supply of class B drugs namely cannabis and money laundering and has since been released under investigation.

During the arrests, three cars were seized as well as a large amount of cannabis with a street value of around £20,000 and £5,000 in cash.

PC Balkwell, from the Programme Challenger Team, said: “On Tuesday we arrested two people which is a testament to the hard work and dedication of the officers who have been working tirelessly as part of the Op Challenger team.

"I hope that these arrests reassure members of the public that we are committed to bringing those who willingly participate in such criminality to justice.

“Organised crime causes significant harm to individuals and has a devastating effect on communities.

"I would like to stress that continuing to tackle the influx of drugs in the area will remain a top priority for GMP.

“I would also urge anyone with concerns or information to please get in touch with police as this is still a very much ongoing investigation.”

Anyone with any information or concerns should speak to police by contacting 101.

Reports can be made anonymously to the independent charity Crimestoppers on 0800 555 111.