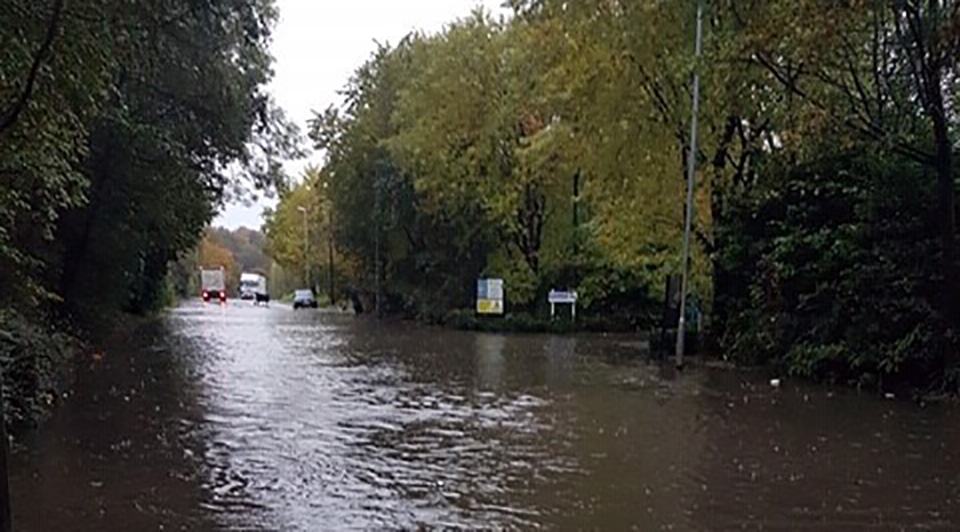 Town hall bosses have lifted the lid on why an ‘important’ Oldham link road keeps being hit by severe flooding.

Salmon Fields Road, which links Shaw Road and Higginshaw Lane in Royton, was closed by the council’s highways team just over a fortnight ago due to severe flooding.

In a picture shared by the town hall, the road resembles a river with the pavements on both side completely submerged in water.

At a meeting of the borough’s full council, Royton South Councillor Steven Bashforth (pictured below) quizzed bosses about what was being done to sort out the ‘increasingly serious problem’.

“Can I ask why Salmon Fields road is flooding so much when it rains so heavily these days?,” he said.

“It seems to be having to be closed on a very regular basis, and this is the main feeder road to the Salmon Fields industrial estate, Moss Lane industrial estate and is an important bypass for Turf Lane.

“Can we find out who is responsible for water control here so we can resolve this increasingly serious problem asap.” 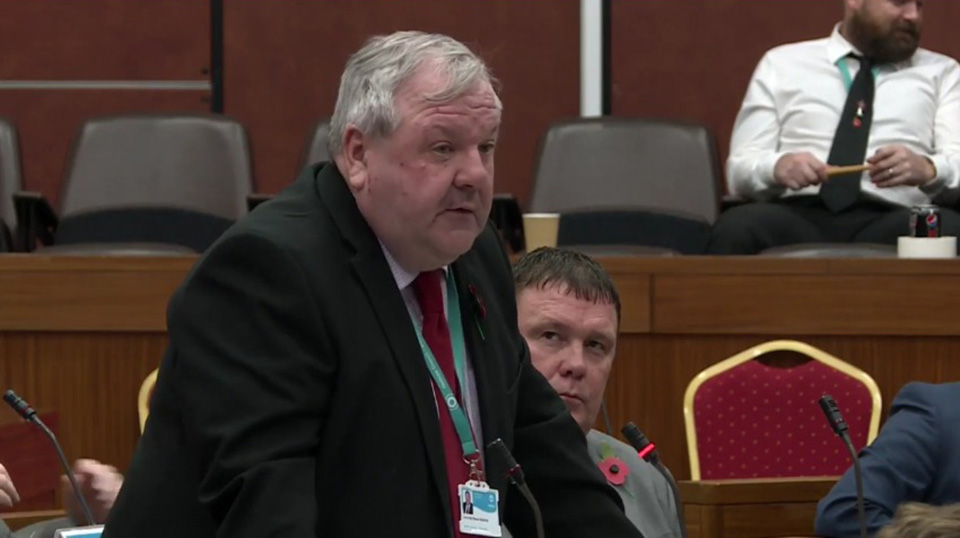 Coun Mohon Ali, deputy cabinet member for neighbourhood services told the chamber that the floodwater is coming from council-owned land next to the road, which was the route of a former railway line.

“This former railway line was served by a drainage system which is now failing and causing water to surcharge onto the highway during periods of heavy rain,” he said.

“The council is currently undertaking emergency works which will help to alleviate the flooding at this location in the short-term to medium term.

“And a scheme is being progressed also to identify a long-term solution to resolve this problem.”

According to the Oldham Weather Twitter account, 76mm of rain had fallen on Greenfield in Saddleworth, with 59mm in Littleborough and 43mm in Bolton by 7.45pm.

And the Environment Agency issued three flood warnings in Rochdale – including for the River Roch in the town centre – and a flood alert for the River Irwell in the north.

Photos from residents showed Perth Street in Heyside was blocked by floodwater.

And all train lines between Rochdale and Todmorden were also blocked by flooding.