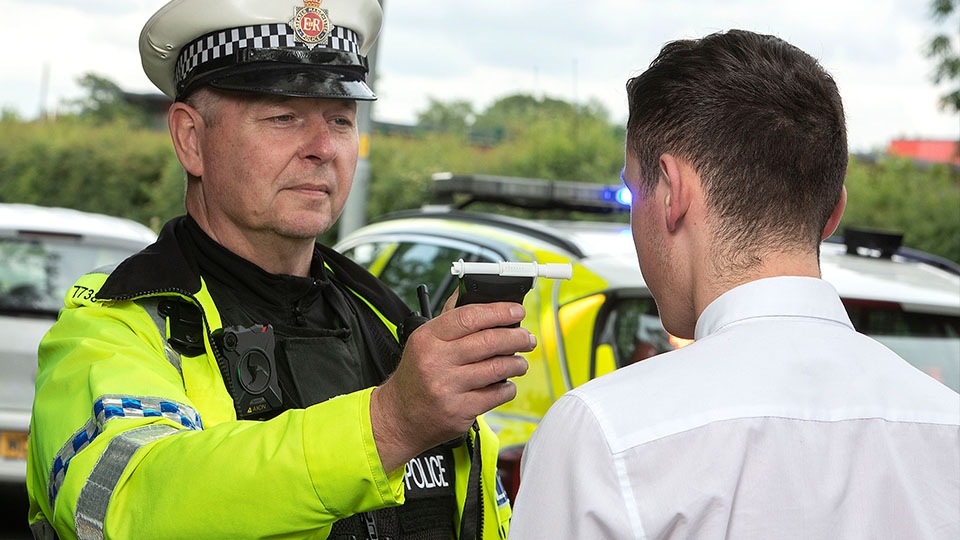 Ahead of the launch of GMP’s festive drink and drug driving campaign, officers have arrested nine people for drink and drug offences over the past 24 hours.

Police will be in Oldham on Saturday 30th November and Sunday 1st December.

The campaign, which officially launches on Sunday, aims to highlight the consequences of driving while over the limit and the effects drink and drugs can have on your ability to drive.

Chief Inspector Matt Bailey-Smith from GMP’s Roads Policing Unit explains more: “The temptation to stay out and have a drink to celebrate increases during the festive and New Year period; however this also increases the chances of that person drinking and driving.

“GMP will not tolerate anyone who is under the influence of drink or drugs while driving and as we have seen from these results, offenders will be arrested and will face the consequences of their actions.

“My officers will be patrolling hotspot areas in marked and unmarked police vehicles to ensure we limit the number of collisions caused by anyone driving under the influence of drink or drugs.

"Specialist officers will also be directly targeting drivers who we receive information about in order to remove them from our roads. If you know someone who drives under the influence, let us know."

“Any amount of drink and drugs can impair your vision, decision-making and dramatically reduce your reaction times. It only takes a second to lose control of your car but the consequences can last a lifetime."

“If you suspect anyone is driving under the influence of drink or drugs, contact the police directly on 101 or 999 in an emergency where they pose an immediate threat to themselves or other road users.

The month-long campaign will run over Christmas and New Year before concluding on Wednesday 1 January. During this period there will be extra patrols across Greater Manchester and officers from the Roads Policing Unit will target hotspot areas.

GMP Traffic PCSO’s will be educating communities alongside Greater Manchester Fire and Rescue Service (GMFRS) with the help of a driver simulator van, which will highlight the dangers of drink and drug driving. Over four weeks they will tour Greater Manchester and will be in specific locations from 12pm until 5pm.

Area Manager Damian O’Rourke from Greater Manchester Fire and Rescue Service said: “Our firefighters are called to serious road traffic collisions daily, and all too often witness the death or life-changing injuries caused by distractions while driving.

“Collisions often occur as a result of distractions like driving too fast, mobile phones, and drink or drug driving, and we want to remind people, especially as Christmas approaches, not to take the risk of drink or drug driving – the consequences can be devastating and wreck lives.”