Emotional night for Jim McMahon in Oldham West and Royton 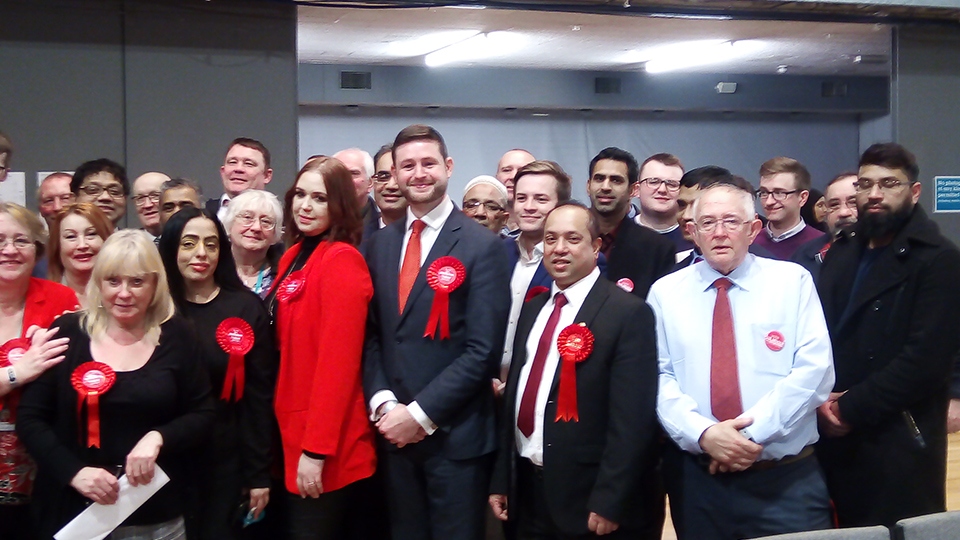 IT was a hugely emotional Jim McMahon who saluted his fellow Labour-voting Oldhamers after he had held on to the Oldham West and Royton parliamentary seat with a majority which reduced by some 6,000.

On what proved to be a disastrous night for the Labour party under the leadership of Jeremy Corbyn, the mood at the Queen Elizabeth Hall was somewhat subdued right from the closing of the polls at 10pm last night.

For McMahon, his 24,579 votes saw off second best Conservative candidate Kirsty Finlayson by more than 11,000, but it had been a 'difficult' campaign throughout for the 39-year-old, who had to contend with social media allegations and criticisms, some of which may still need his attention in the coming weeks and months.

In his victory speech, McMahon said: "I've had to contend with some very difficult accusations that have been levelled at me, and with the best will in the world I've had to stay dignified and state my position clearly.

"It is clear that all this was a factor of this election, and I deeply regret that.

"I have always tried to be a good public servant, and I always strive to do my best for the people of Oldham."

McMahon was clearly relieved to emerge successful after a hard-fought campaign on the streets.

"Most of the campaign was carried out with dignity, mutual respect and hard work from all parties," added McMahon.

"Regardless of what colour rosettes we wear, there are some genuinely amazing people in Oldham, up on this stage, who just want to do their bit.

"They may have different views than mine, but I really enjoyed the hustings we took part in.

"Clearly it's not been a good night for the Labour party.

"I have been watching my friends lose seats in other places, some very close to here.

"That's difficult to accept too.

"The campaign Labour ran was about rebuilding Britain and being positive and holding the Conservatives to account for the damage they've done to the fabric of our community.

"I deeply regret we weren't able to convince enough of the country that we were ready for office.

"Because of that I know we've got a lot of work to do now, but today it's just about thanking the voters of Oldham West and Royton.

"You mean the world to me, and I love this town."

Regarding the final outcome, McMahon concluded: "The result was good, and it was almost exactly where our canvassing said it was going to go, so we're pleased that our systems work and our conversations on the doorstep worked."