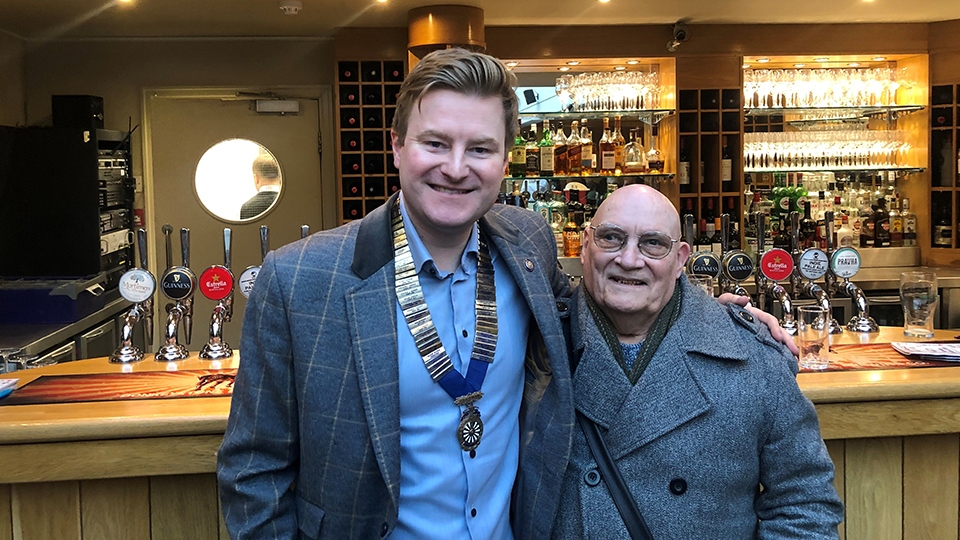 An Oldham pensioner, whose heartbreak story of loneliness touched the nation, was special guest at big-hearted Saddleworth Round Table’s annual Christmas party.

Terrence was highlighted in a series of BBC Breakfast Time reports over Yuletide after students from Oldham College brought him a Christmas tree and decorated it, before the student choir performed a carol outside his home.

Earlier, he had explained to a sympathetic  TV  audience Christmas Day was “not a very good day” for many years - he would get up, make a sandwich and watch TV after the death of his mother 20 years previously.

But on Sunday he joined  for 140 elderly residents from  Oldham and Saddleworth community at the White Hart,  Lydgate, for special  treats.

Guests  received a sherry on arrival,  a three course meal, played Christmas  games including bingo and a huge raffle including anything from a haircut donated by Peppi’s in Chadderton to a £100 Waggon Inn voucher, donated by Wiggett Construction.

The event was co-ordinated by MC Alan Tayor with Dobcross Youth Band playing all the Yuletide favourites.

Round Table have organised the party for more than 30 years but  this year  they focussed on inviting  guests who are at risk of social isolation and loneliness.

And they worked  with new partners, including AgeUK in Oldham,  to identify the elderly who live alone or live with people suffering from dementia.

David Wood,  the event organiser,  said: “Many guests have never attended this event in the past and we are looking forward to welcoming people from all over Oldham including members of Saddleworth Carers Group, Friends2U and The Luncheon Club  organised by Saddleworth Volunteers Service.”

Andrew Rothwell  Saddleworth Round Table Chairman, commented:  “This year’s event really sparked something in  our club. It was fantastic to see so many people enjoy a rare and fun-filled afternoon.

“Putting the  event together is not an easy feat, with table members, communities and local taxi firms driving throughout the borough to get everyone safely to and from the venue. This really is a community event that gives something back to those who really need it”

The event cost more than £3,500 to stage and was funded  in large by the fantastic comedy night - Bangers and Laughs -  when Round Table staged as the xmas party a week earlier.

The comedy night offered at £20 a ticket,  a hearty sausage mash and gravy followed by three comedians was jam packed with 250 people. The compere who pulled the evening together was talented Mick Ferry with the final act Daliso Champonda from 2017’s Britans got talent.

The event finished with a charity auction that helped make the final number raised on the evening to a whopping £2,853, smashing the forecast, all proceeds went to the Elderly peoples Christmas  party.

A £600 top up donation from Wiggett Construction meant the Elderly Folks party costs has been fully covered by funds generated in January 2020 by Saddleworth Round Table. 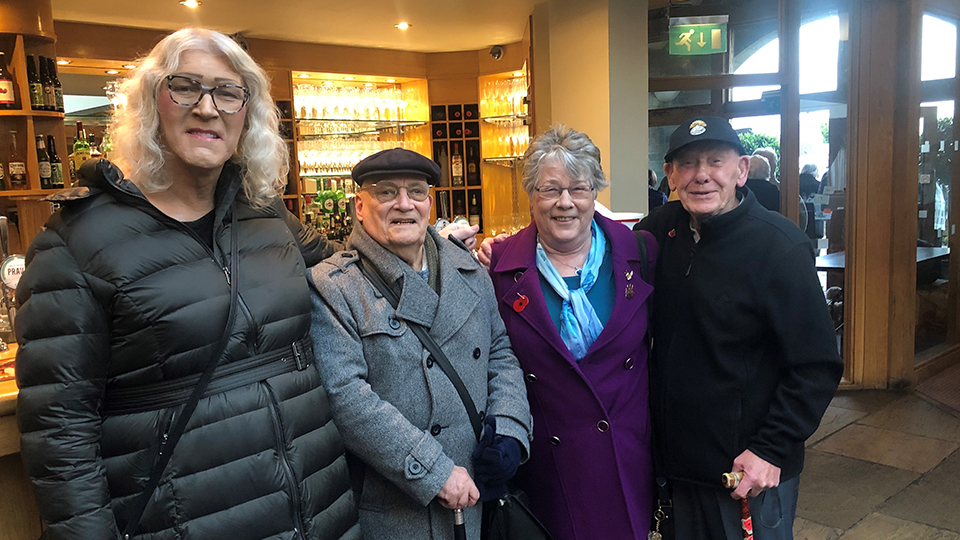 And Table still have money available from the Santa Dash to be donated to local worthy causes. If you have a local worthy cause that needs support please contract Table’s community projects manager Matt Sykes: sykesmatthew@ymail.com

If you are between 18-45 and are interested in finding out more on how to join Saddleworth Round Table which now has a 21st century record level of membership of 29,   contact membership officer Richard Foster at vinster74@gmail.com

Saddleworth Round Table meet the first Thursday of every month at The White Hart, Lydgate from 7.30 pm  and welcome new faces with new ideas.