You are Here: Home » News » Main News » Summer event could be back in Saddleworth - if it gets the village's support 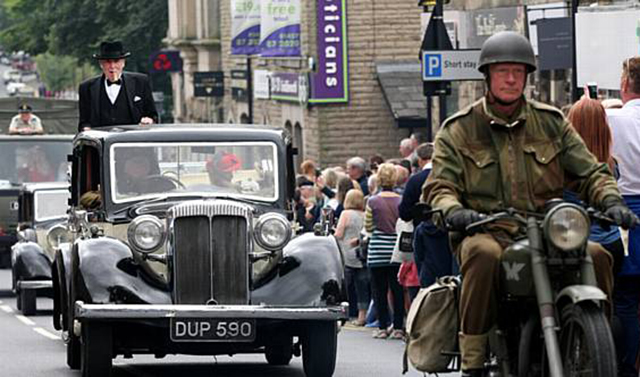 The Yanks are Back in Saddleworth

A hugely popular summer event could be returning to Saddleworth if it’s supported by villagers.

The Yanks are Back in Saddleworth event organiser Paul "Dog Tags" Higginson is hopeful the two-day event, scheduled for August 8 and 9 will go ahead, but there was a shadow over its future.

He said: "So far, there has been a disappointing response from villagers to the event, which is a real shame, because it's one of the highlights of the Saddleworth summer calendar.

"We have to clear debts of £900 owed to us to ensure things go ahead without any hitch.

"We are prepared to stage the event because it's a very significant year and one of the themes will be the 75th anniversary of VE day (Victory in Europe) and the 80th anniversary of the Battle of Britain.

"Consequently, there should be even more interest than normal in the event. It's sad that there is a shadow hanging over the proceedings, but we have to be aware that things could be pulled at the last minute should we not get support from the villagers and local businesses.

"We have some excellent trading opportunities at Saddleworth School for this year's event.

"Vintage home-made crafts and militaria with pitches starting from £60 and we are looking for a hot food concession at the school selling oriental or Mexican delicacies.

"At King George playing fields Uppermill, there will be a 1950s orientated theme and we are looking for 50s related stalls where we will have various car clubs displaying."

Next year will be the 20th anniversary of the event first coming to Saddleworth and Mr Higginson added: "That is a very significant year for the event itself."