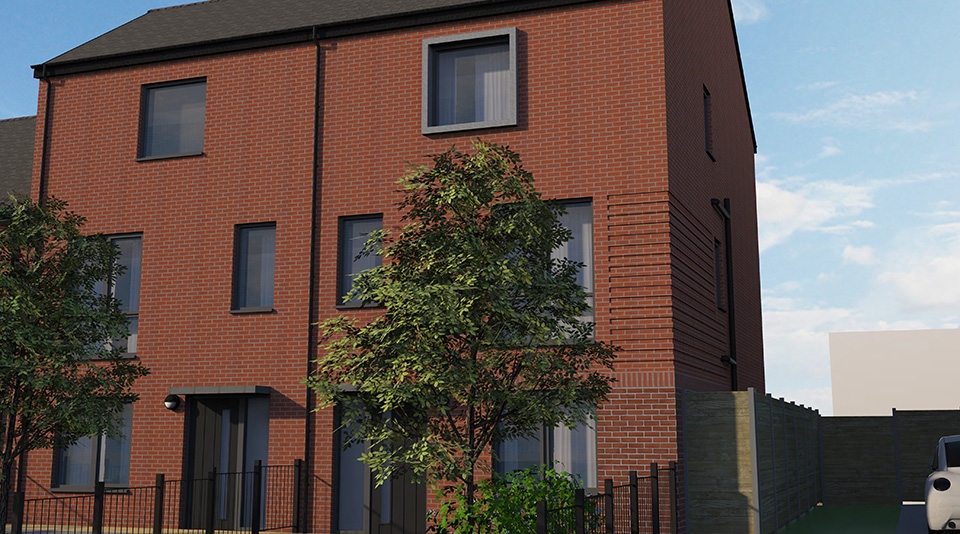 The homes are big enough for families of up to nine – 171 residents in total – and provide the borough with a type of housing which is in desperately short supply.

They will be owned by the council and managed by a housing association.

Each home will be let at affordable rent – between 60% and 80% of market rent.

The proposal follows the launch of the council’s ‘Creating a Better Place’ boroughwide regeneration strategy which will see £306 million invested to transform Oldham, including creating more than 2,000 new homes in the town centre, 1,000 new jobs and 100 apprenticeship opportunities.

“There are currently 2,689 households on the council’s waiting list who need four bedrooms or more.

"We only have 213 affordable/social rented properties of this size across the borough – and during the first six months of 2019, only five of these became vacant.

“The numbers speak for themselves and we are delighted to be stepping in to make sure 19 families will have a home that meets their needs, both now and in the future.”

The homes, on Ashton Road and Lee Street, Primrose Bank, are currently being built, with seven homes due to be completed in August 2020 and the final 12 in September.

Each property will feature state-of-the-art renewable energy equipment including photovoltaic solar panels and modern electrical heating, which will reduce carbon emissions and each property’s reliance on the National Grid.

The smart technology is being fitted as part of a project called RED WoLF (Rethink Electricity Distribution Without Load Following) – an Interreg North-West Europe programme funded by the EU, which Oldham Council is a key partner in.

This will allow these homes to use renewable energy within the property, as well as to store grid electricity when nobody wants it.

Negotiations with utilities will be aimed at achieving a reduced tariff for this service.

Cllr Abdul Jabbar, cabinet member for low carbon, said: “This is a really exciting scheme which will provide substantial financial benefits for residents, with most of their home’s energy generated by the renewable solar pv panels.

"At the same time, the equipment will create clean energy – resulting in a considerable reduction in carbon emissions.

“We’re proud to be one of only six pilot schemes in the UK, Ireland and France.

"The project is another important step in the council’s ambitions to becoming carbon neutral as an organisation by 2025 and to leading the borough to carbon neutrality by 2030.”

The council will buy the homes from Engie Regeneration, using Housing Revenue Account funds, as well as Section 106 contributions.

The proposal, which has been recommended for approval, will be discussed by councillors at the next cabinet meeting on Monday (February 24).