You are Here: Home » News » Main News » Oldham Athletic are heading towards administration

Oldham Athletic are heading towards administration 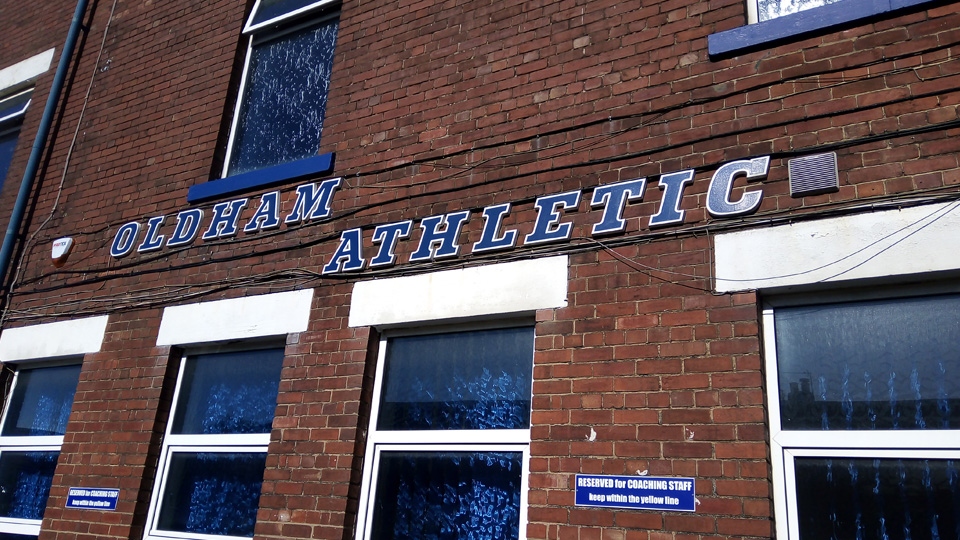 Tumultuous times continue at Boundary Park, as Oldham Athletic could be in administration as soon as next Friday.

Today (28 February) saw Latics served with papers relating to an Administration Order concerning debts of over £600k owed to landlord Simon Blitz via his company Brassbank.

The club are now due to attend the hearing on Friday 6th March at 2pm, which could see administrators appointed immediately unless the debt is paid in full.

It is believed a potential administrator has been approached, with Blitz keen to provide the backing through administration.

This happened on the same day that HMRC filed a Winding Up Petition at the High Court relating to unpaid tax debts which the Chronicle understand are in the region of £70k.

This week, staff at the club were told they would be paid their February salaries up to a week late

This comes just over a month since a council safety sdvisory group effectively closed the newest stand at the ground over safety concerns.  It is understood the council are fully aware of the opening and have not raised any objections.  However, the seating areas of the stand inside the stadium remain closed.

The "Push The Boundary" fan group have published details of an email sent to the club outlining their concerns about the current troubles.  In the email, the PTB group makes clear that the current ownership leading the club into their 125th year is a "step too far".

The email continues: "This is utterly devastating for the supporters of this club and there has to be someone who takes responsibility for this within the club. Goading a landlord to put us into administration, not paying rent and a refusal to engage in talks regarding the North Stand have left us in a powerless situation."

The deadline for points penalties to be enforced by the EFL is March 26.

If the debt remains unpaid, a court hearing are likely to rule that administrators be appointed.