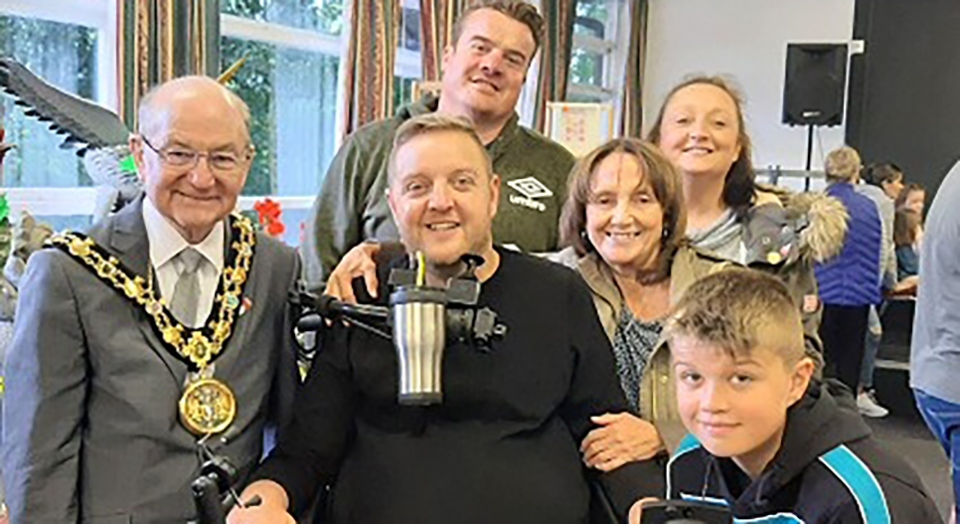 Heroic disabled actor and motivational speaker Andy Walker MBE has completed his toughest challenge to date after cycling 400km (250 miles) across Kenya in a quadricycle steered by his chin.

Andy, who was paralysed in a diving accident in 2006, has always been determined to take on new challenges.

He described his African adventure as ‘the most unbelievable experience’.

“I didn’t have a clue what I was getting myself into,” said Andy.

“It’s hard enough getting hand cyclists round there, but to add to this a quad bike with chin control, was such a logistical nightmare.

“There was no escape from the potholes.

“Some of the road conditions in Kenya meant my body literally took a battering.

“I felt like I’d done five rounds with Tyson Fury.

“I’d never cycled that distance before, but we did it.

“It was just an unbelievable experience, and it gave me so much self-belief that I can do so much more.

“I just hope it inspires people.”

Andy’s life changed forever when he dived into the sea on a holiday in Goa in 2006.

He broke his neck when he hit his head on the sand, and survived only because he was spotted by two men who pulled him to safety.

Basic first aid facilities meant he was taken to hospital on a makeshift stretcher, with cola bottles strapped together and fixed to his head with masking tape to provide support.

An hour in a rickety, disused fire engine, carried Andy on a long, bumpy journey to a deprived hospital where cows wandered through the wards.

The odds for survival were severely tipped against him, but he was eventually moved to a specialist hospital for spinal injuries in Delhi, where he underwent a major operation to realign his spine.

He spent a further eight months at Sheffield Northern Hospital after he was flown back to England, and although he can now only move his neck and head, with little chance of any improvement, he maintains an incredible zest for life.