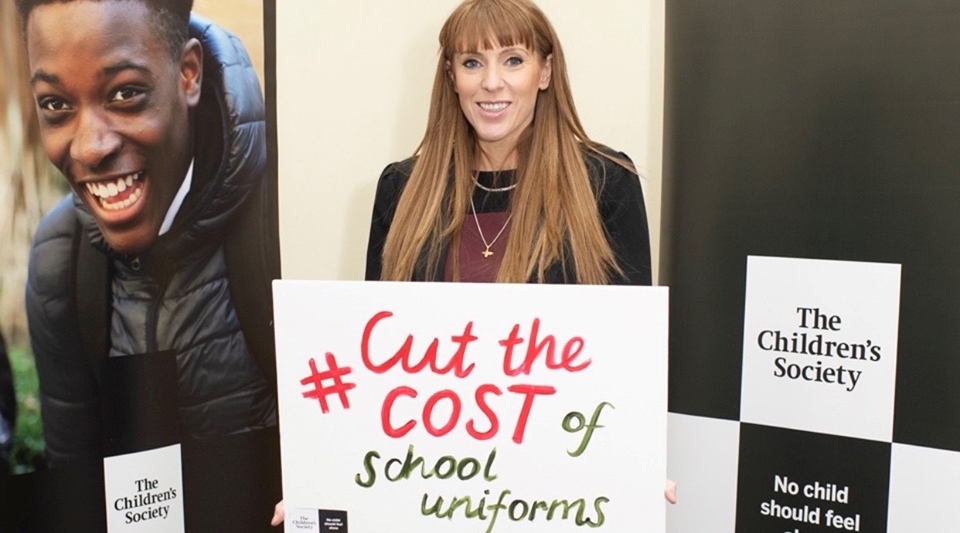 If passed, the legislation will mean the introduction of new rules so that schools will have to put affordability as their top priority

MP Angela Rayner is delighted that a new law - which could cut the cost of school uniforms for thousands of local families - has moved one step closer to becoming a reality.

The Ashton MP was one of a selection of cross party MP’s to attend the debate to get behind Weaver Vale MP Mike Amesbury’s Affordable School Uniforms Bill, which passed unanimously through its Second Reading in Parliament.

If passed, the legislation will mean the introduction of new rules so that schools will have to put affordability as their top priority when setting their uniform policy and ensure uniforms are not a cause of stress and money worries for parents.

The Bill wouldn’t scrap school uniforms or distinct school branding, but it would ask schools to keep it to a minimum.

It would allow parents more choice and open up competition between suppliers.

The Shadow Education Secretary said: “It is a story I hear again and again from my constituents.

"Many parents, especially those on low incomes, say the cost of uniform is too high and often leaves them having to cut back on other essentials or even affects which school they are able to send their child to.

“This is not right. I believe in school uniforms and their ability to make children equal, that is why I am thrilled the Bill has moved onto the next stage and we can now look at what must be done to cut the costs and help thousands of struggling families.”

According to a new poll from the Children’s Society, the cost of school uniforms is being driven up because over half of all parents have to buy at least two items from specialist suppliers.

In a survey of 1,000 parents the charity found two thirds of parents (66%) with children in secondary school and more than half of primary school parents (52%) have to purchase two or more items from a specific shop.

This is making a primary school uniform 50% more expensive than if parents had to buy no or just one specific item, going from around £248 to £375 per year.

Mark Russell, Chief Executive of The Children’s Society, said: “Rigid and prescriptive school policies leave parents unable to buy cheaper alternatives that could save them hundreds of pounds and prevent money worries or debt.”

The charity’s survey found on average parents are spending as much £337 a year on secondary school uniform and £315 a year per primary school child.

This high cost is having a serious impact.

The Bill, which is supported by Education Secretary Gavin Williamson and Nick Gibb MP, Minister for School Standards, will now go through to committee stage, when MPs will debate the it in more detail and have the chance to make changes to its content.

Mike Amesbury MP, Shadow Minister for Employment, said: “I am delighted with the support I received and am looking forward to the next stage.

"Ultimately this is a real chance to help families and ensure schools uniform policies reduce the need for branded and specialist items and allow parents the choice to buy their uniforms from a wide range of more competitive retailers.”