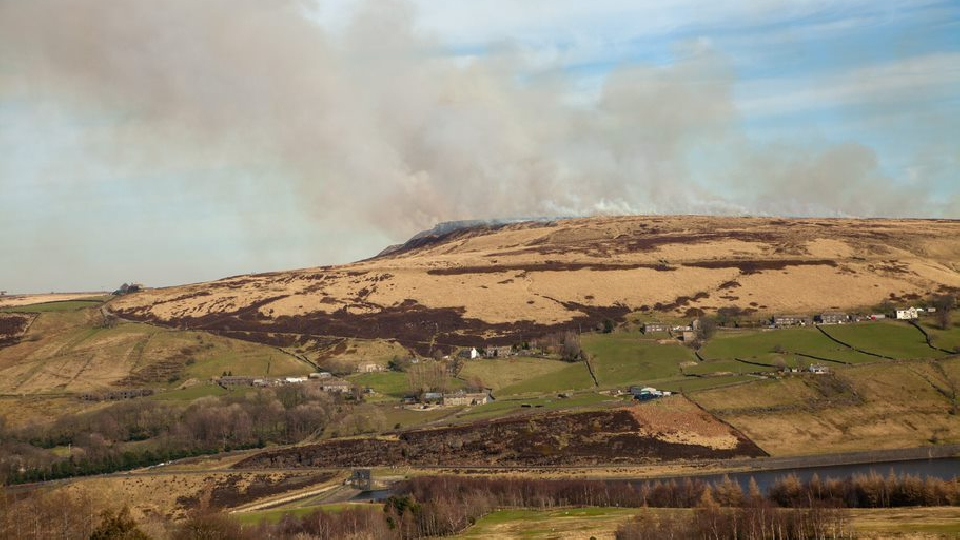 Following Monday’s fire on Marsden Moor, National Trust rangers are now warning that more fires are possible because of a prolonged period of dry weather and concerns that the public may not follow government guidance to stay at home to stop the spread of Covid-19.

The conservation charity is worried that people could ignore the strict guidelines that were issued by the Prime Minister last night and visit the moors for leisure time.

Last April, a huge fire caused by a barbecue destroyed 700 hectares of moorland, impacting wildlife such as ground nesting birds and mountain hare.

It also damaged the moor’s peat soils, an important tool in the fight against climate change.

Monday’s fire, which broke outon land adjacent to the National Trust’s Marsden Moor, is believed to have been caused by the spread of a controlled burn used by some landowners to increase grouse numbers.

Twenty fire appliances were called to the area near Deer Hill reservoir just after lunchtime to tackle a mile long fire-front.

The National Trust’s rangers were also on the scene to assist the fire crews.

Lead Ranger, Tom Harman, said: “As we enter a spell of dry weather, the moors are very vulnerable.

"We want to remind the public that no barbecues or fires are allowed on the moors and that they shouldn’t be visiting at this time.

"People should follow government guidance not to travel to help stop the spread of the coronavirus."

The #bemooraware campaign is in partnership with the National Trust, Yorkshire Water, United Utilities and West Yorkshire Fire and Rescue service.

Members of the public should clear up litter, extinguish cigarettes properly and never leave glass bottles which can magnify the sun’s rays.

They shouldalways adhere to signs on National Trust land and call 999 if they see a fire.