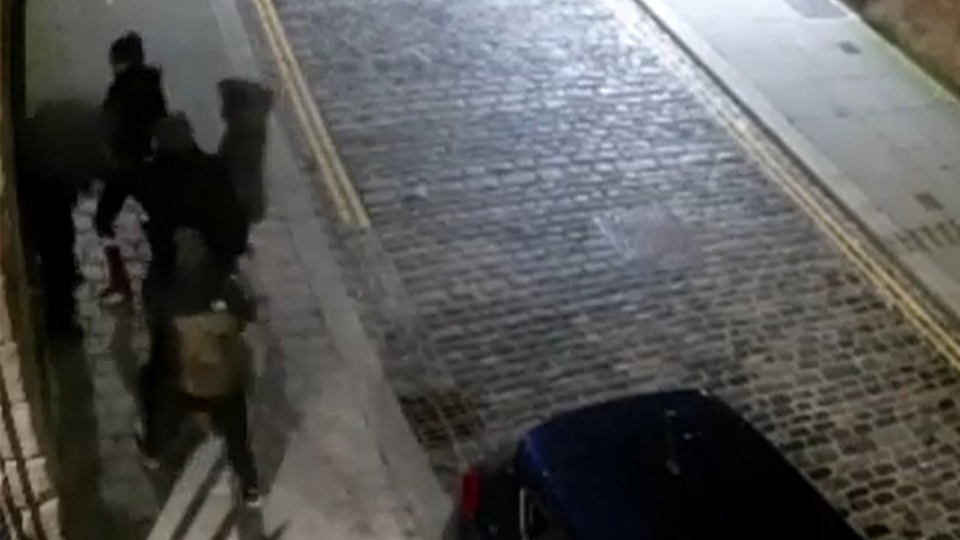 Police have released CCTV footage after a pizza delivery driver was attacked on Murray Street in Ancoats.

At around 12.30am on Thursday, January 2, 2020 a 43-year-old man was assaulted by a group of offenders as he delivered a food order to an address in Ancoats.

The suspects kicked and punched the man then hit him over the head with a glass bottle before they took his car keys and fled the scene in his vehicle.

The man was taken to hospital after the incident and suffered cuts to his face and  head  which were approximately two inches in length and bruising to his shoulder.

Detective Constable Kath Cassidy of GMP's City of Manchester North District said: “This was a terrifying attack on an innocent man who was just doing his job.

“We understand this incident took place over three months ago but after following every possible line of enquiry our officers have released this CCTV in the hope that someone will be able to help.

“If you have any information or were on or nearby Murray Street in Ancoats at the time of the robbery please get in contact with police as soon as possible so that we can continue to piece together the events of that night.”

Alternatively, reports can be made to the independent charity Crimestoppers on 0800 555 111.