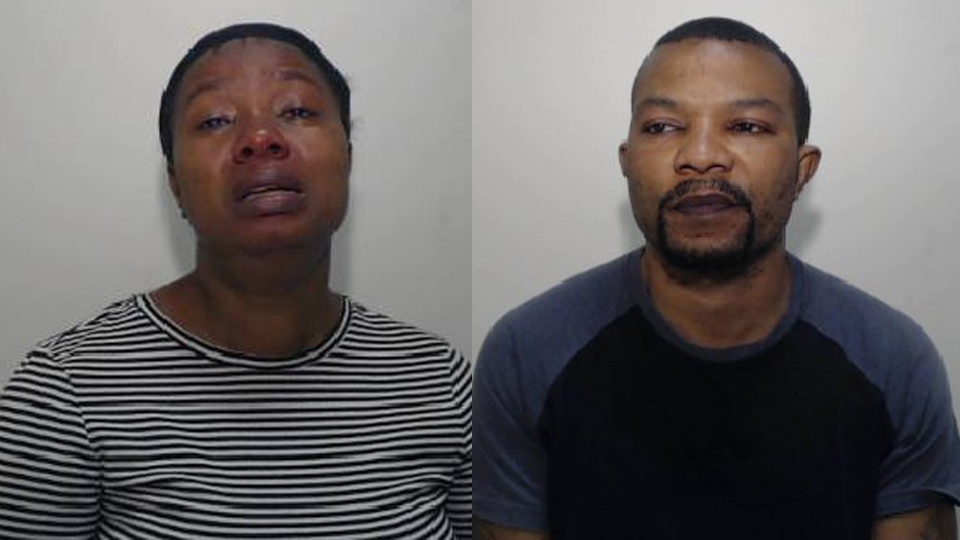 Shola Ogundare and Olwafunmilayo Emmanuel have been jailed

A man and woman have been jailed for abusing two children in Rochdale.

In July 2018, police were made aware that a young girl had reported being abused by Shola Ogundare (aged 49) and Olwafunmilayo Emmanuel (aged 35) both of Curzon Close, Rochdale.

Enquiries also established that a young boy had been physically abused by Ogundare and Emmanuel.

Ogundare and Emmanuel were arrested and taken into police custody for questioning.

They were subsequently charged and pleaded not guilty.

Emmanuel was found guilty of four counts of cruelty to a person under 16.

On Friday May 15, Ogundare was sentenced at Manchester Minshull Street Crown Court to 15 years in prison.

Emmanuel was sentenced to four years in prison.

Detective Constable Russell Clarke, of GMP’s Rochdale district, said: “First and foremost I would like to commend the victims for their strength in seeking help and disclosing what had happened to them.

"Both children have demonstrated incredible courage throughout our investigation and this trial, especially considering their age.

“Abuse of this kind often has a long-lasting impact on victims but I sincerely hope that they can move forward with their lives – free from the fear of being abused.

“Ogundare subjected these children to a prolonged campaign of abuse.

"Under the pretence of punishment, he sexually abused one of the victims to satisfy his most repulsive desires.

"Throughout this investigation, he has shown no remorse and the things he has said to try to evade justice have been beyond comprehension.

“Emmanuel also subjected the children to physical abuse and has also shown no remorse.

"She has repeatedly defended Ogundare and tried to discredit the victims.

“I hope today’s result sends a clear message to members of the public and offenders alike that police officers will do everything in their power to see justice done.”

Greater Manchester Rape Crisis is a confidential information, support and counselling service run by women for women over 18 who have been raped or sexually abused at any time in their lives.

*St Mary's Sexual Assault Referral Centre in Manchester provides a comprehensive and coordinated forensic, counselling and medical aftercare service to anyone in Greater Manchester who has experienced rape or sexual assault.