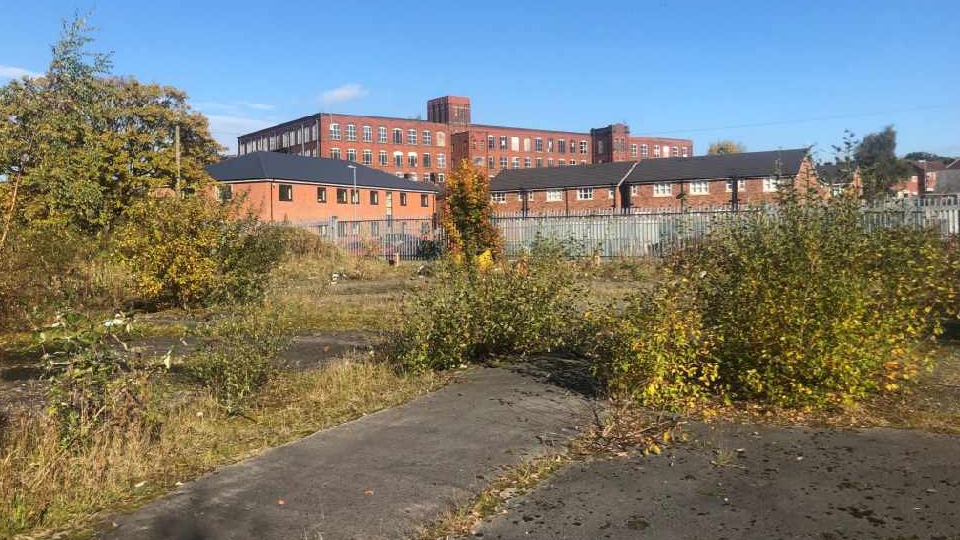 A new estate of affordable family homes is to be built on the site of a former Oldham abattoir.

Planning chiefs have given permission for 39 new homes to be constructed at land off Edge Lane Street in Royton, which is currently overgrown and empty.

It is a joint project by Wiggett Construction and the Great Places Housing Group, and the dwellings are to be split between affordable rent and shared ownership.

Originally it had been proposed to build ten houses and 29 flats but these plans have been revised instead to feature 27 houses and 12 flats and maisonettes.

The houses would be red brick with a mix of two, three and four bedrooms, while the flats would have either one or two beds.

The developer had promised that the architecture would be ‘forging friendships and a sense of belonging’, however case officer Graham Smith had described the design as ‘bland’.

In his report he stated: “The site is considered to have good access to services, facilities and transport and is therefore sustainably located.

“The street scene created with a bland three-storey block of flats, limited landscaping and close boarded fencing, is functional in appearance and despite officer’s requests for some improvements the application remains as proposed.”

However, he added that on balance, the positives of the scheme outweighed the negatives.

The included the ‘economic benefit of creation of short-term construction jobs and development of a derelict site’.

The homes would be laid out in mews terraces, nine semi-detached homes with back gardens and two apartment blocks set over three storeys.

Each house would have two parking spaces, with one reserved for each apartment.

A new road is also to be built to serve the estate from Edge Lane Street.

The developer’s planning report states: “The proposal will create high quality homes and increase the choice and range of housing available in Royton.

“It will also contribute to increasing affordable housing, both of which represent a key social benefit in line with national policy.

The plans were granted permission at a virtual meeting of the council’s planning committee on May 13.