You are Here: Home » News » Main News » Dovestone drama for the heroes of the hills

Dovestone drama for the heroes of the hills 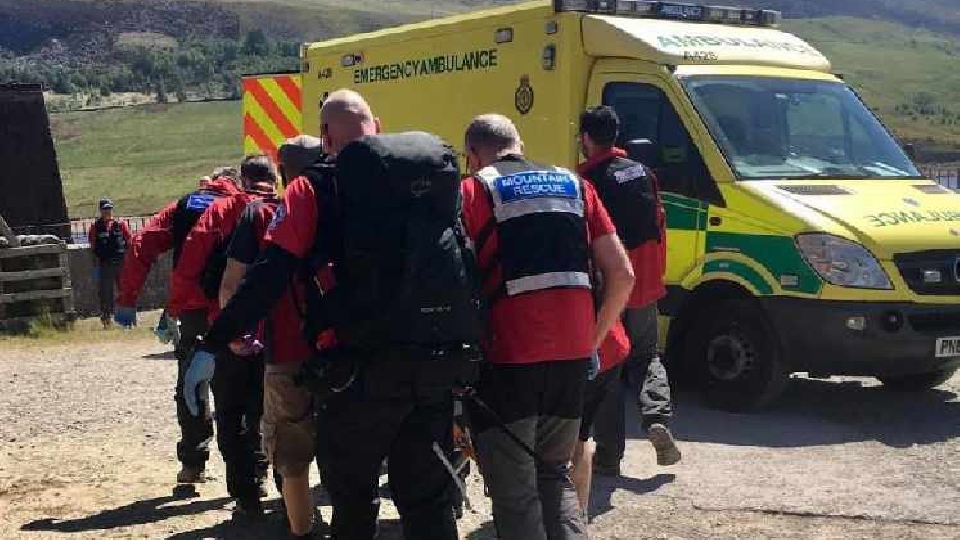 The casualty is helped into a waiting ambulance

The Oldham Mountain Rescue Team were asked to assist GMP Saddleworth and Lees and North West Ambulance Service on Saturday when a casualty fell down steep ground off a narrow path, near to Dovestone Reservoir.

While medical aid was administered by NWAS and the team doctor, a rope system was prepared which was then used to lower the casualty on to a stretcher to the main path.

The person was evacuated on the stretcher and wheeled along the main path to the waiting NWAS ambulance.