You are Here: Home » News » Main News » Rescue team drama on the hills above Dovestone

Rescue team drama on the hills above Dovestone 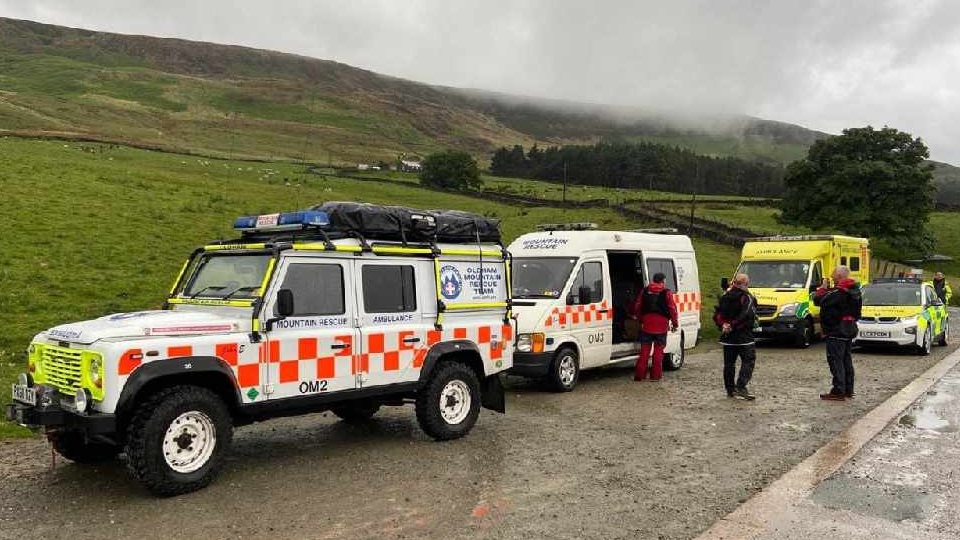 The rescue team were called to a site near Dovestone

The heroes of the hills took part in a dramatic rescue when a group got lost in poor weather conditions at mist-shrouded Dovestone, near Greenfield.

Oldham Mountain Rescue Team were contacted by North West Ambulance Service after the group were unable to provide accurate location information, and their plight was compounded by one unable to walk any distance.

And the team sent some of their 21-strong party to establish their condition.

“Two of the three were able to walk down, with the third being loaded onto the team stretcher and carried," said an OMRT spokesperson.

“The casualty was transported to hospital by NWAS, leaving team members to return to base in order to dry out soggy feet and get the kit cleaned, disinfected and dried ready for the next job.”

The operation on Sunday lasted two hours and 30 minutes.

To make a donation to Oldham Mountain Rescue Team, go to: http://omrt.org/