You are Here: Home » News » Main News » Decision to be made on controversial flats and shop plan

Decision to be made on controversial flats and shop plan 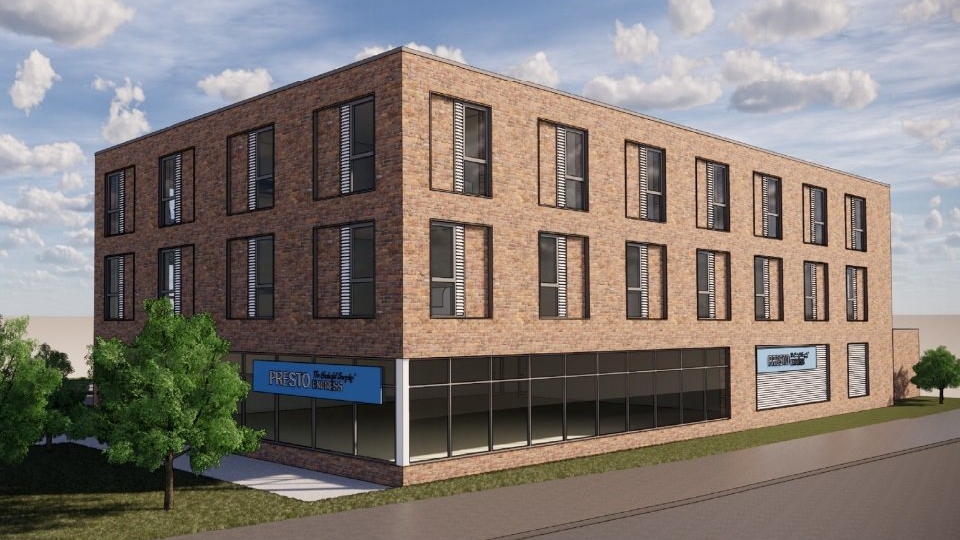 Clements Court Properties Ltd wants to construct a three storey building on the site, featuring 14 one-bed flats and a retail unit on the ground floor

Contentious proposals to build a block of flats and shop on a former pub site in Oldham which are opposed by more than 240 residents will be decided next week.

The planning committee is due to make a decision on the future of the land which once housed the former Fytton Arms public house on the Green Estate in Fitton Hill.

A petition signed by 247 people, and 12 individual objections have been lodged against plans to redevelop it.

The former Fytton Arms was demolished in 2015 and the site is now unoccupied, with just remnant concrete foundations and the former boundary wall remaining.

Clements Court Properties Ltd wants to construct a three storey building on the site, featuring 14 one-bed flats and a retail unit on the ground floor.

Planning officers at Oldham council are recommending the committee approve the application at the meeting on July 8.

However, objectors say there is no need for an extra retail unit, which they claim would impact on the existing businesses and post office in the area and potentially cause ‘closure’.

Officers say there is currently no ‘end-user’ identified for the proposed retail unit.

The report to the committee states that people are also concerned by the ‘nature/character’ of the prospective tenants of the one-bedroom flats.

“Medlock Vale has a higher ratio of alcohol related harm and there would be an increase in anti-social behaviour, noise and littering,” objectors say.

There is also concern about the loss of light and privacy of neighbouring houses, which are a mix of single and two-storey dwellings.

The plans would also see the existing access from The Green at the north west of the site ‘improved’, with 26 car parking spaces.

There would be a single storey cycle store for 14 bicycles, and landscaping and ‘communal gardens’.

“Assessing the balance of the benefits against the harm, there are no significant or demonstrable adverse impacts that outweigh the benefits provided,” it adds.

“The proposal is therefore considered to represent sustainable development.”

Officers are requesting that the developer should contribute £30,610 towards the provision and enhancement of open space, which would be directed to St. Martin’s play area on St. Martin’s Road in Fitton Hill.

There would also have to be a contribution to affordable housing equivalent to 7.5pc of the total development sales value.