You are Here: Home » News » Main News » More than 1,200 laptops distributed to disadvantaged pupils in Oldham

More than 1,200 laptops distributed to disadvantaged pupils in Oldham 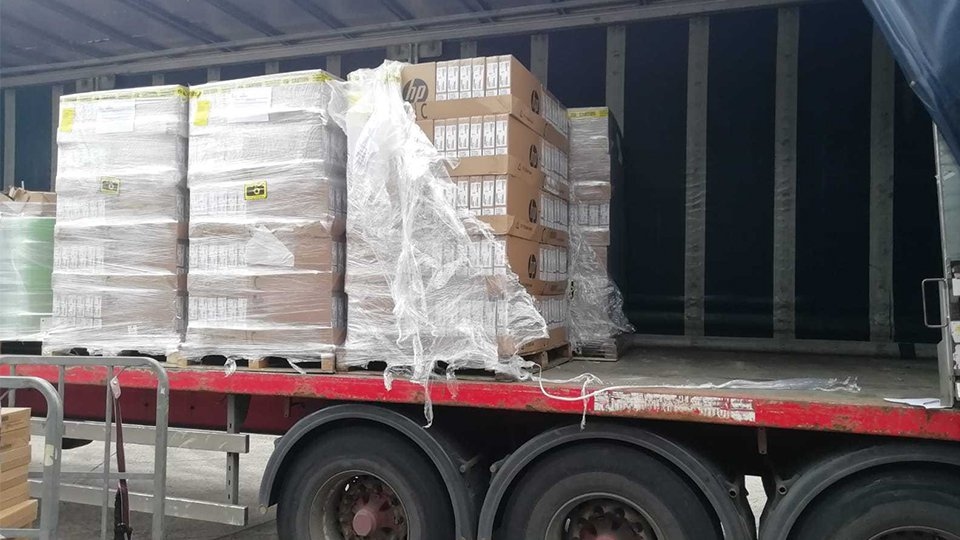 In Oldham, more than 1,200 devices have been distributed to schools to allocate to those most in need

More than 10,000 laptops and devices are being distributed to disadvantaged kids across Greater Manchester as a ‘vital lifeline’ during the pandemic.

It comes as part of a scheme funded by the Department of Education which agreed to provide technology and digital devices for families, children and young people who did not have access to them.

All of the region’s local authorities – except for Trafford council – have revealed how many laptops, tablets and routers they are handing out to their young residents.

The total is more than 11,000 across the nine boroughs.

The scheme, which launched in April, was designed to support pupils who couldn’t attend school during the coronavirus lockdown but didn’t have a computer at home, and for digital studying during the summer.

Manchester council has handed out around 3,500 laptops to vulnerable children across the city, the majority of which have come through the government scheme.

Around 150 have come from the Greater Manchester combined authority, while academies have made their own separate applications for laptops to the government.

In Oldham, more than 1,200 devices have been distributed to schools to allocate to those most in need, with additional devices going directly to local academies.

Councillor Shaid Mushtaq, cabinet member for education, said: “I have been blown away by the hard work and dedication of schools and council staff during the Covid crisis as well as the adaptability and patience of many children, young people, their families and carers.

“The need to use digital platforms has been key to this but we know many vulnerable young people do not have access to a computer and we have been working hard to support people through a range of means.

“This offer from the Department of Education was originally made in April and has taken them some time to ensure this actually reaches those most in need but we are now in a position to supply to schools to pass on to students.”

Of the Oldham total, 1,036 were laptops which bosses say will also be crucial for upcoming GCSE students to use to study during the summer months.

John Cregg, headteacher of The Radclyffe School said: “The laptops for year 10s scheme will provide vital support to our students, enabling them to push on with their studies even when they can’t be physically in the school building.

“It has been a steep learning curve for both staff and students but I am very proud of all the effort that has been put in.”

Rochdale council has so far given out 949 laptops for children with social workers, and is arranging for the delivery of another 195 laptops for year 10 pupils.

In total the devices were worth around £300k, and will now be owned by schools and loaned out to their students, covered by the school’s insurance.

Councillor Leanne Feeley, cabinet member for lifelong learning, said:  “I’m certain they will prove invaluable to those who use them.”