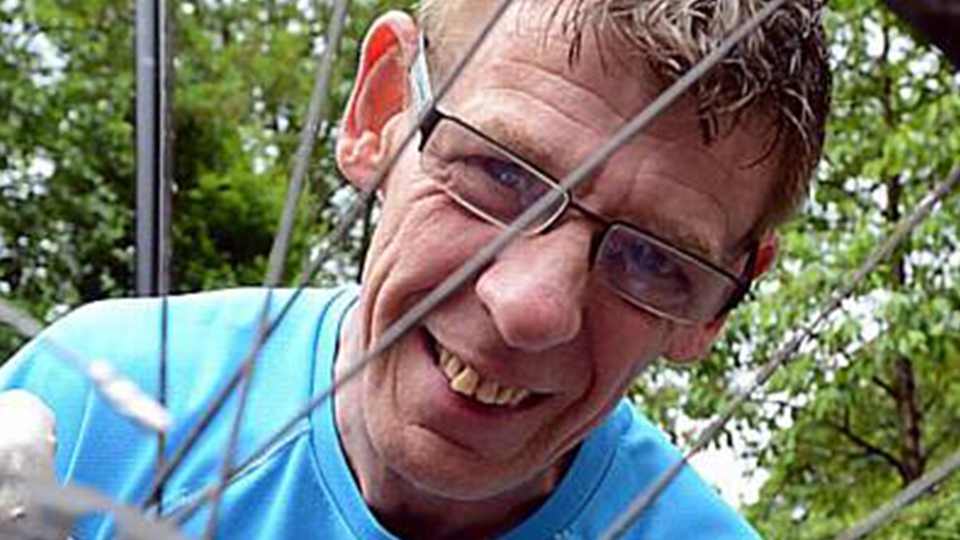 A cycling duo have praised a kind hearted community who rallied round after they had been attacked and injured by a vicious hooded raider.

Kevin Lanham, 59, sustained a broken right arm and his cycling companion, Denise Curtis, received injuries to her arm and was badly shaken in the attack.

The incident happened on Lees Road between Grotton and Mossley, when the raider, wielding a heavy iron bar, confronted the couple demanding they hand over their valuable cycles.

He struck Kevin leaving him with a compound fracture and dragged Denise's electric powered cycle causing severe tissue damage to her right arm.

But three men driving separate vans, saw the incident and attempted to corner and chase the attacker who escaped. However they retrieved Denise’s bicycle.

Kevin said: “It was like something from ‘The Sweeney.’ The man suddenly appeared at the roadside and demanded I hand over my cycle.

“When I refused he struck me then tried to escape grabbing Denise’s electric powered machine.

“The vans seemed to appear from nowhere and the drivers chased the man and retrieved Denise's bike. They even stayed on and helped police search for the attacker.

“We owe a multitude of gratitude to them, a paramedic who stopped to help which it made her late for work and two motor cyclists for helping with the bikes taking the wheels off to get them in the van.”

“Denise and I would like say a massive thank you to everyone who  sent thier good wishes and messages of concern.”

Generous spirited locals have supported an initiative by Sue Collinge of Lees Village Service station who highlighted the duo’s plight.

She has raised more than £200 from warm hearted customers who sre bitterly upset at the Cycliing pairs plight.

She said: “Kevin is a lovely guy who works hard in the community he runs the wheels for all in Alexandra Park giving children with disabilities the opportunity to try fun things we may take for granted, he also runs an autistic youth club where he works alongside my son.”