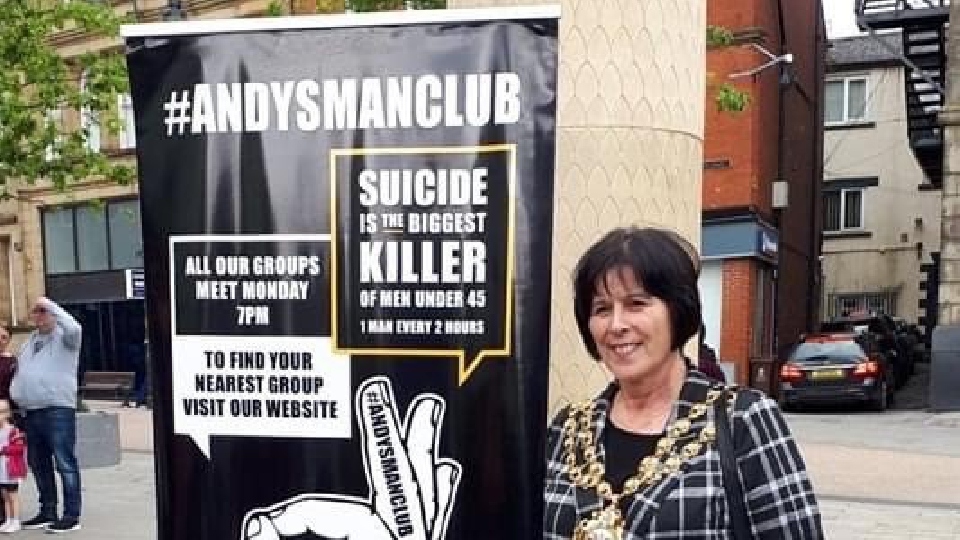 Oldham’s Mayor Ginny Alexander has donated £500 to the town’s branch of Andy's Man Club... to help get men talking.

The club began in Halifax after Andy Roberts (23) - described as a loving and doting father, son, brother, grandson, nephew, cousin and friend, tragically without warning, was taken by suicide.

"There was a magic in that room that everyone knew had to be shared.

“It became obvious other men across the country needed this same experience.

“They have been working tirelessly to grow their clubs through Andy’s memory and now currently have 28 groups across the UK.”

Male suicide is becoming a public health emergency and the club believe it is essential to highlight how important it is to have just one conversation with someone before it's too late.

On average, one man every two hours takes his life in the UK.

The club say: “It’s often said a factor is that men don’t talk.

"That's why we were born to break down these stigmas.

"At ANDYSMANCLUB you don’t have to be suicidal or have a mental health problem, we just want to get men talking.”

The group meets on Mondays at 7pm at Oasis Academy, Hollins Road

Check out #ITSOKAYTOTALK on Twitter or you can email: oldham@andysmanclub.co.uk