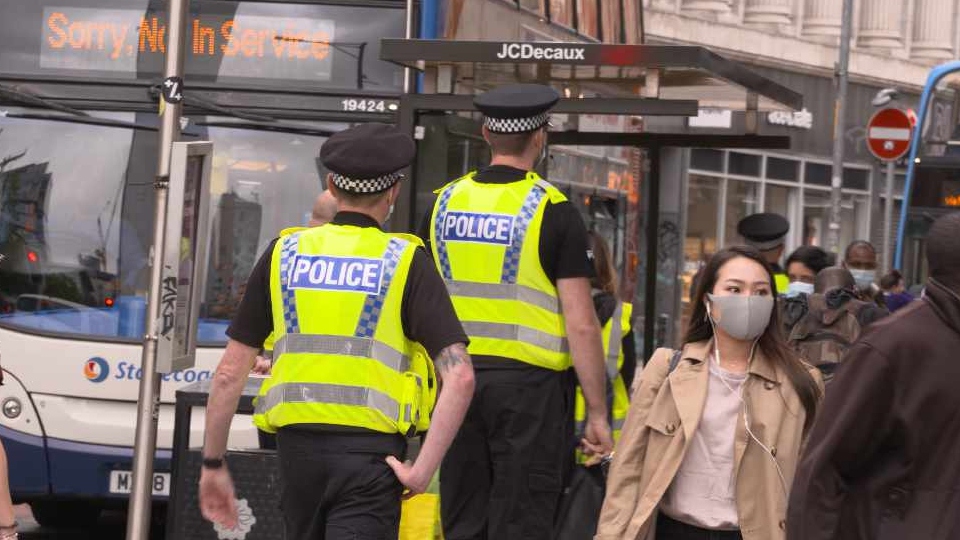 More people were seen wearing a face covering after Transport for Greater Manchester (TfGM), police and transport operators came together to drive up compliance.

Unless exempt, it has been mandatory to wear a face covering on public transport since June 15.

This was extended to include transport hubs and interchanges from Friday (July 24).

Following a drop-off in compliance, the TravelSafe Partnership held a series of targeted operations at key locations in the city centre and on the Rochdale via Oldham Metrolink line between July 16 and 25.

Police officers and transport staff reminded people of their responsibility to wear masks, and the potential consequences for those not wearing one, unless exempt – with around 2,400 face masks handed out to those travelling without one.

On Metrolink, an average of 76.5% of people were seen wearing a face covering, up from 58.7% four weeks earlier.

TfGM’s Customer Director, Stephen Rhodes, said: “We stepped-up our response after a fall in compliance levels amongst public transport users, and I’m pleased that it seems to have had the desired effect.

“We’ve had a great response from the public and I’d like to thank passengers for responding in the right way – but it is vital for the health and wellbeing of all who use public transport and our wider communities that this continues.

“The pandemic is far from over, and wearing a face covering limits the spread of the virus, helping us to protect one another, which is why our activity will be sustained over the coming weeks.”

"We’d like to thank the vast majority of passengers that are playing their part in helping to protect each other by complying with the Government’s latest guidance to wear a face covering.

“It’s vital that we keep public transport safe, and over the coming weeks we will continue to work alongside TFGM to ensure that this is the case.

"Officers will continue to engage with passengers and encourage them to comply with the latest regulations.”

Face coverings remain available from Travelshops upon request and staff from TfGM and KeolisAmey Metrolink (KAM) will be wearing face coverings when out and about across the region’s tram stops, bus stations and interchanges.

Anyone using public transport will continue to be encouraged to follow the rule, but failure to do so, unless exempt, could see them prevented from travelling or even fined up to £100.

There are several exemptions to wearing face coverings, including children under the age of 11, anyone with a disability or condition which means they are unable to wear one, transport staff and emergency services.

A Journey Assist card was launched by TFGM last month to help those who are exempt from wearing a face covering.

The card, which can be downloaded to a device or printed off and used as a flash pass, is available by contacting TFGM’s customer team on 0161 244 1000 or through the TfGM website contact form.

For information on public transport across Greater Manchester visit www.tfgm.com, call 0161 244 1000 (7am-8pm, Monday to Friday, and 8am-8pm at weekends and bank holidays) or follow @OfficialTfGM on Twitter.