You are Here: Home » News » Main News » House parties and raves have played a part in spike in infections amongst younger people 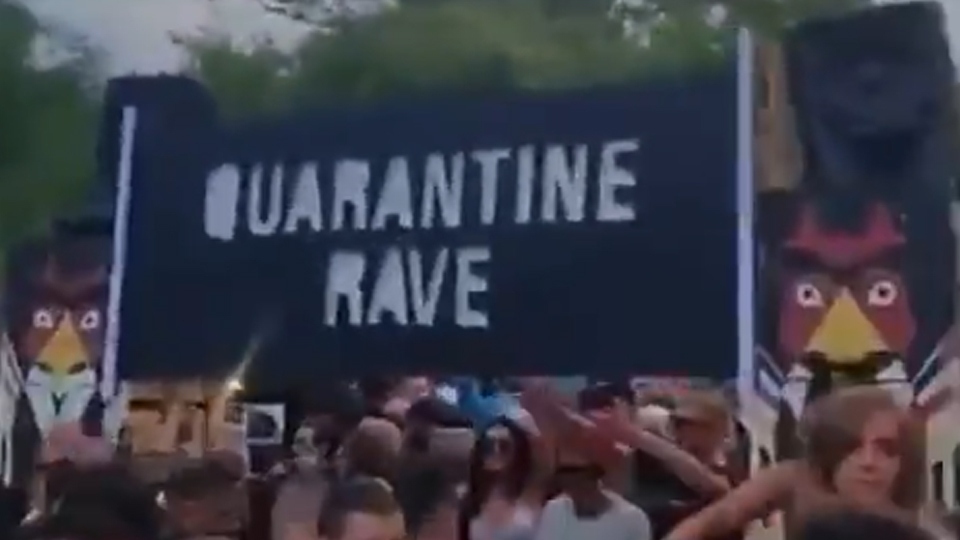 House parties and illegal raves have ‘undoubtedly’ played a part in a ‘significant’ increase in the number of young people testing positive for Covid-19 in Greater Manchester, according to Sir Richard Leese.

The city-region’s deputy mayor said some younger people are ‘acting as if the pandemic was over’ as more people are allowed to socialise with the easing of lockdown restrictions.

He warned that young people can suffer long-term health issues even if they have mild to no symptoms, and still risk passing the disease onto more vulnerable friends and family members.

The majority of new infections in Greater Manchester are now younger people as opposed to the older age group that have been significantly affected throughout the crisis.

Concerns have been raised about young hospitality staff working in places where implementation of strict measures – such as recording customer details – has been ‘variable’.

“House parties and illegal raves will undoubtedly have played a part in that, but we’ve also seen young people mixing in a whole range of different settings in what would have been seen a relatively normal way six months ago, but isn’t anymore.

“We can’t prove a direct connection between those events, but we can be fairly certain that young people increasingly socialising in those sorts of ways will be a major reason why a far larger number of young people are now testing positive.”

Kate Ardern, director of public health for Wigan council, stressed that physical distancing and hygiene are still ‘incredibly important’ across people of all ages.

The trend of new infections being mainly younger people is a similar pattern that has emerged in Europe, she said, and one ‘very much driven by younger generations socialising’.

Ms Ardern added: “People think if they have a negative test after socialising they’re okay, it’s important to remember this virus has a 14-day incubation period.

“You’re only negative on the day you have the test, you’re not necessarily clear until you are clear through the incubation period.”

But Greater Manchester mayor Andy Burnham said socialising was not the only reason why the virus has spread through young people in the region.

He said: “There are many people who work in hospitality settings, and we’ve had some reprost that there is variable implementation of requirements on licensed premises to take names and manage the environment properly.

“I think there needs to be a new focus to ensure that the people who are working in those environments, often younger people, are properly protected and that’s an area of concern.”