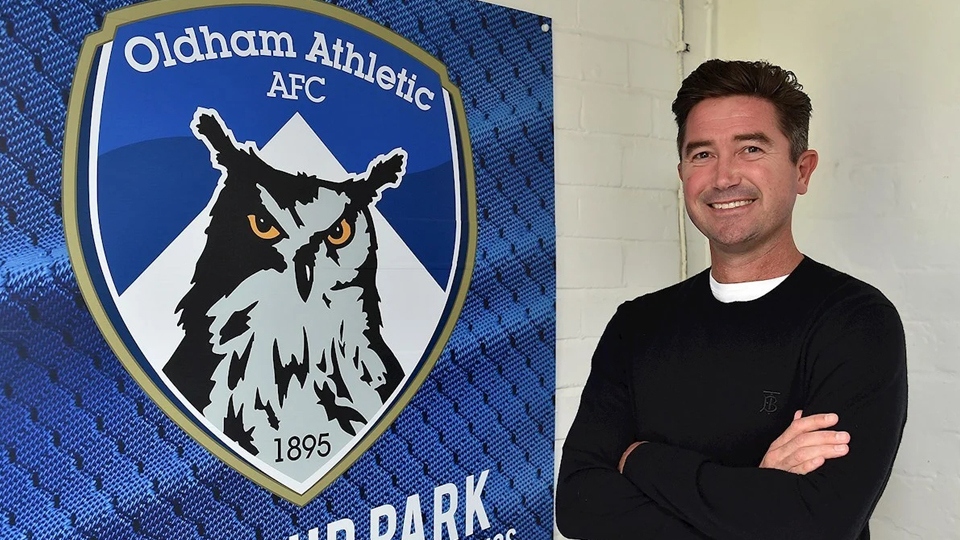 Oldham Athletic have unveiled their new head coach just hours after they sacked the owners sixth manager in less than 2-years at the club, with former Australian international Harry Kewell arriving at Boundary Park on a one-year deal.

The 41-year old has wasted no time in appealing to the owner, the club and the supporters for a period of stability at Latics following on from a turbulent 18-months.

“I'm excited about the project and don't get me wrong it's going to take time. Because the one thing I think this club does need is stability and if we can get that, then we can start to grow things.”

His comments come as owner Abdallah Lemsagam announced Kewell as his seventh head coach since buying the club back in January 2018.

Since then Latics have appeared at the High Court facing a winding up order, which they were cleared of after paying two former owners, have been the subject of many claims of staff not getting paid on time and numerous claims of Mr Lemsagam being involved in the picking of the team
.
The club also tasted relegation from League One.

Oldham Athletic have also had the likes of Richie Wellens, Frankie Bunn, Paul Scholes, Pete Wild, Laurent Banide and Dino Maamira, who was sacked on Friday night (31st July), depart the club as either manager or head coach.

Kewell though believes the time is right for the club to start again as he begins to prepare for the start of the new season: “We've got to get back to the basics and we're having a 'clean slate' here now and I think the fans, myself, the owner, everybody wants to start seeing this club progress because we all believe that's there's a big potential."

The former Leeds Untied, Liverpool and Galatasary player, who won the 2005 Champions League while at Anfield, has signed a one-year contract with an option for a second year.

He began his management career at Crawley Town, where he became the first Australian to manage a professional English side, he then went to Notts County but was sacked less than five months into his time at the club.