You are Here: Home » News » Main News » Mayor puts her shirt on Latics!

Mayor puts her shirt on Latics! 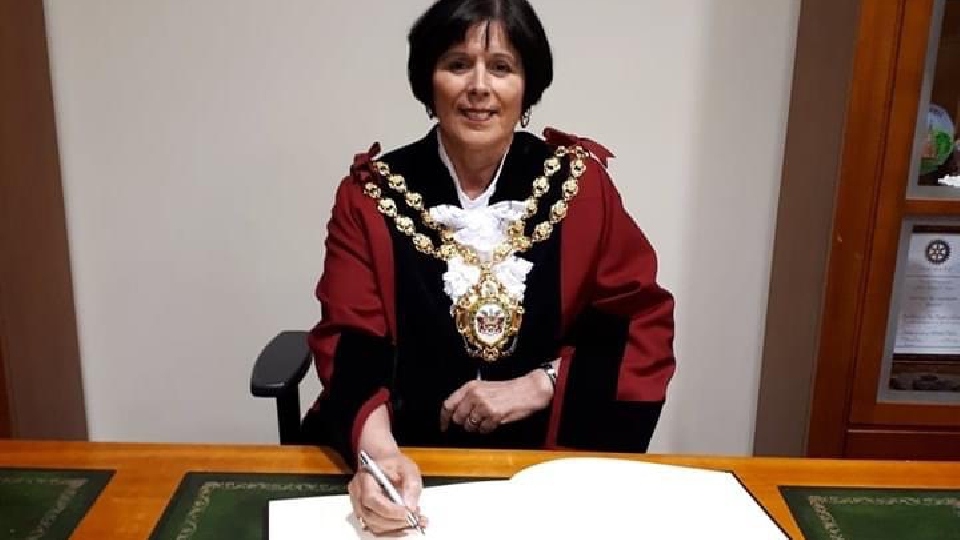 Oldham’s Mayor Ginny Alexander is backing Latics offering the chance for businesses to become the club’s back of shirt sponsor for the club’s 125th anniversary season.

Cllr Alexander says the club clearly recognise many business owners are lifelong Latics fans, and so are excited to open up the opportunity of being a part of the club as a sponsor on the special  shirts for the 2020/21 season.

For a one-off fee of £250 (£225 for 125 Business Club members), businesses will be entered into the draw to have their logo displayed on the back of the first team shirts and be named as an Official Club Partner for the entire upcoming campaign.

The Mayor said: “I have already promoted rugby league and I think it is only right to promote our other great sports team in our town.

“I have many friends who support Latics and like many feel the town should get behind them for next season.”

She said resolutely: “I was born in Oldham, made in Oldham and intend to stay in Oldham for the rest of my life - it's a town I truly love.”

The competition is open until Friday,  August 21, 2020, where the winner will be drawn at random.

Businesses are permitted to enter as many times as they wish to increase their chances.

Each business that donates will be announced on the club’s social media channels and all entrants will receive a season ticket for EFL Sky Bet League Two fixtures at Boundary Park in the 2020/21 season.

Those entering more than once will receive a social media spotlight for their business, an invite to two upcoming 125 Business Club events and ten additional match tickets to league games of their choice for family, friends or clients.

As well as having their logo on the back of the first team anniversary shirts, the winning business will receive LED advertising at home games, their logo on the club website, 125 Business Club membership for one year and regular social media coverage.

To enter, email: Jamie.Stoddart@oldhamathletic.co.uk and donate the £250 (£225 for 125 Business Club members).