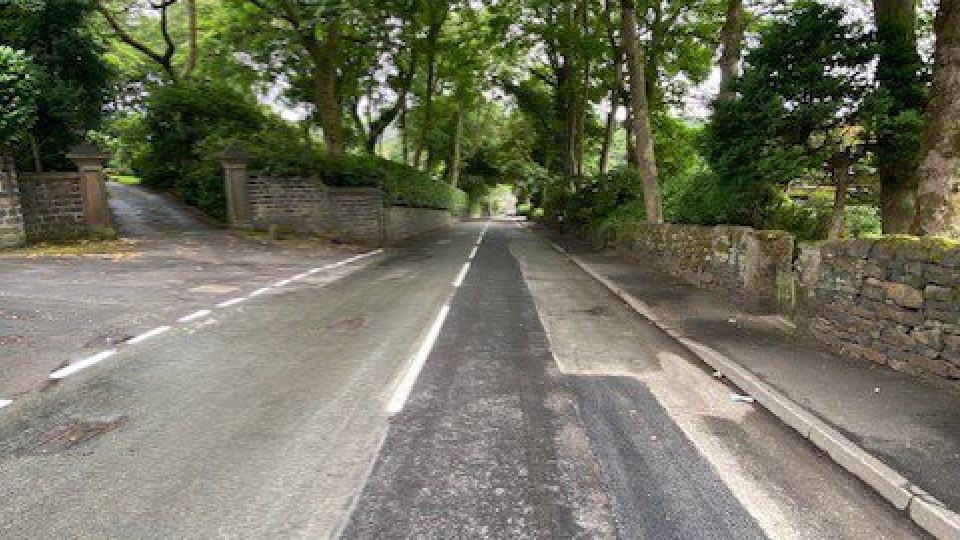 The delighted landlords of two of Saddleworth’s most historic pubs have praised Oldham Council and a team for completing work on a major drainage scheme in just two weeks.

Church Road in Uppermill was scheduled to close for four weeks, which meant the Church Inn and Cross Keys would effectively be cut off by works to install a larger drainage pipe to local properties.

Their businesses were jeapodised because the work compelled customers to make complicated detours of several miles down narrow country lanes to reach their premises.

But on Saturday (August 1), Julian Taylor, who runs the family-owned Church Inn with his wife Christine, said: “We are delighted to road is open - in record time.

“The team have been amazing.

"They really got stuck in, and the job is finished with a new tarmac surface too.

Denise Lignum, who was celebrating her second anniversary as mine host of the Cross Keys with her husband Darre, said: “It's wonderful news.

"Initially, I broke down and cried when I heard the road works would go on for a month."

In addition to praising the council, both landlords thanked ward councillor Graham Sheldon for his sterling efforts.in asking that the contractors work to speed up the works.

Said Cllr Sheldon: “It is good news to hear Church Road has been reopened.

"I would like to thank Steve Schofield at Bethell Civils and Utilities, and Andy Reilly at Unity, and Oldham Council.

“The work has been completed in half the time we originally expected, thanks to the team working longer days and the weekends.

“I am sure residents, businesses and other road users can breathe a sigh of relief now things are getting back to normal.

“There are a few more days to go before the bottom end of Wellmeadow Lane is cleared of equipment, and this can then be reopened.

“I must add my thanks to all the residents who have been very patient while all this drainage work has been in progress, and I am confident that the threat of flooding to properties nearby has been greatly reduced.

“I would like to thank UU for the consideration given to the residents, and the whole scheme which is aimed to prevent flooding to many properties in the village.”