You are Here: Home » News » Main News » Assault witnesses sought after man in his 60s is left with life-threatening injuries 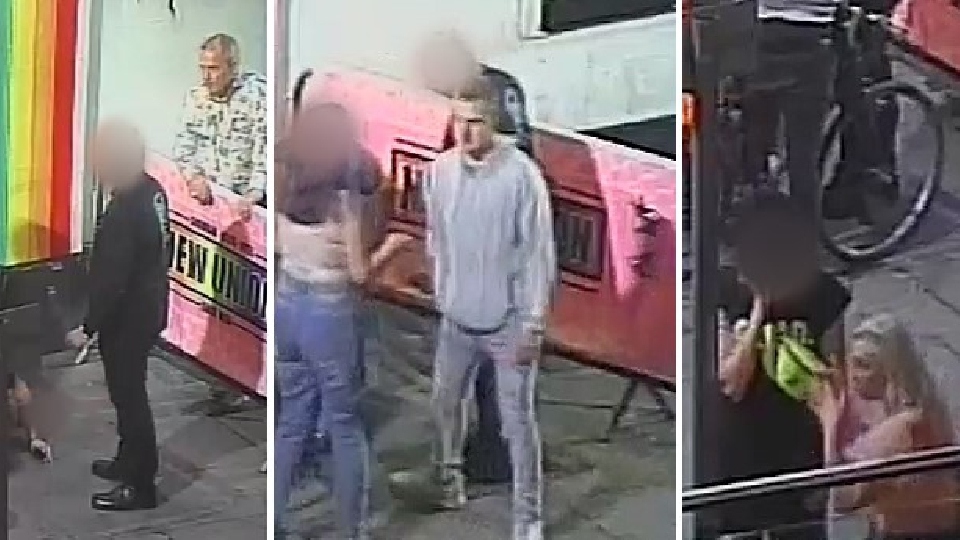 Do you recognise these witnesses?

Police investigating the serious assault of a man outside a pub in Manchester city centre have released images of three witnesses they would like to speak to about the attack.

Officers were called at around 4.50am on Monday, August 3 by emergency services to a report of a man in his 60s being brought to hospital with life-threatening injuries – where he remains in a critical condition.

Detectives believe the man’s injuries were sustained outside a pub on Princess Street.

A 21-year-old man was arrested on suspicion of section 20 assault and possession with intent to supply class A drugs.

He has since been released under investigation.

Enquiries are ongoing and anyone with any information about the incident, or the identity of the witnesses pictured, is urged to contact police.

Detective Inspector Stephen Wiggins, of GMP’s Longsight CID, said: “This was an awful incident which has left a man fighting for his life in hospital and we are keen to make sure we speak to as many available witnesses as possible to ascertain the chain of events which led to the victim being so severely injured.

“I want to stress that the images of the individuals we have released today are solely witnesses that we want to speak to and there is no suspicion around their presence on the evening in question.

“Do you recognise these people?

"Do you recognise yourself on these images?

"If so, I urge you to get in touch so we can continue to assemble a clear timeline of events for that night and understand how this incident occurred.”