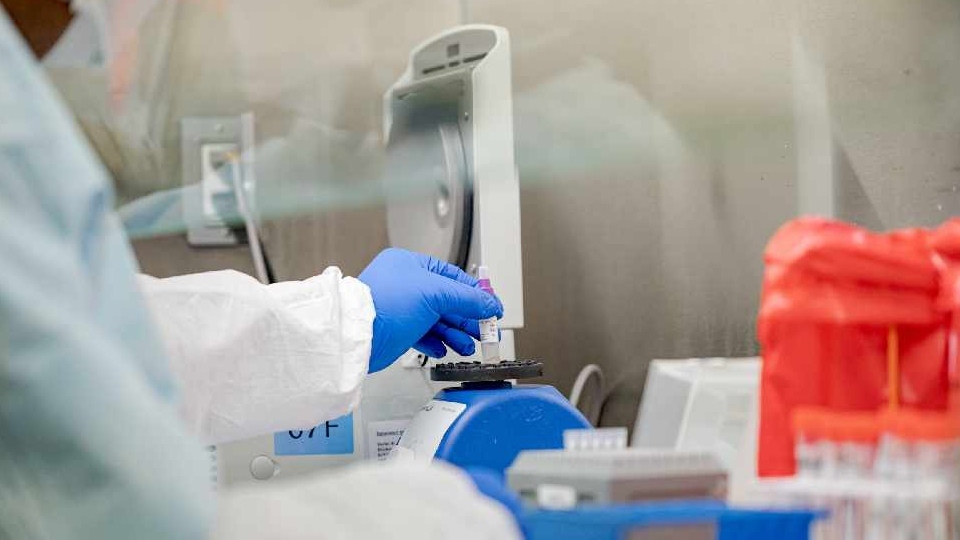 Oldham's infection rate is now standing at 107.5 cases per 100,000 people in the borough – as high as it was during the height of the pandemic in mid-April

The number of Covid-19 cases in Oldham is rising week on week – but it can’t be dismissed as the result of increased testing, the borough’s health chief has explained.

Figures released yesterday (Tuesday) show there has been another spike of 255 cases in the week up to August 8, up from the previous seven days’ total of 137.

The infection rate is now standing at 107.5 cases per 100,000 people in the borough – as high as it was during the height of the pandemic in mid-April.

The council brought back tougher restrictions on residents socialising two weeks ago in a bid to tackle new cases of the virus, and has also ramped up testing.

Testing of people in the borough has escalated from an average of around 150 tests a day, up to 800.

However, the important factor for determining how much of a concern case numbers are is the positivity rate from that testing.

Oldham’s positivity rate is currently at around 5pc – the highest in the country.

The borough’s director of public health, Katrina Stephens, explained: “The positivity rate is the proportion of people who are tested, who test positive.

“It’s true to say we are doing a lot more testing.

"Some days we’re hitting over a thousand tests a day.

“Essentially you might expect that when we do more testing we would find more cases.

“However, with such a vast increase in testing like that if infection numbers weren’t going up I would expect the percentage of people who test positive to come down.

“Because essentially you’re testing more people but you find more negatives as well as more positives.

“What we’ve seen actually is that Oldham’s positivity rate has remained high so our positivity rate is currently about 5pc, which on the last data I saw puts us as highest in the country.”

She said that this positivity rate is giving experts ’cause for concern’ and is why they need all residents to abide by the restrictions to bring infections down.

Cabinet member for Covid-19 recovery, Councillor Arooj Shah, added: “We’re doing more testing and that’s good, we’re seeing take up of the testing but the worrying thing is that we are finding a lot of positive cases within that testing.”

At the Southgate Street testing site in Oldham town centre bosses know that ‘roughly a quarter’ of the people who get a test there have symptoms.

A high proportion of people also get tested because they know they have been in contact with someone who has tested positive, and there are also a group of people who go because they are ‘curious’ to find out the result.

At the moment the big spikes in cases aren’t translating into many more hospital admissions or deaths from coronavirus.

But this could change soon.

Ms Stephens said: “It’s positive at the moment that we aren’t seeing higher numbers of hospital admissions and deaths.

“But I think given the experience early in the pandemic we really can’t afford to be complacent or take any chances here.

“But once there is more infection out there the chances of people who are in the 60 plus age group who we know are more at risk of serious complications or deaths from Covid absolutely goes up.

“That’s one of the reasons why we need to bring the infection rate down to minimise the chances of it getting into that population.”

She added: “Secondly I think as well we know there is likely to be a time lag between seeing an increase in infections and seeing the impact on hospitals and death and again we can’t be too complacent here.

“We need to act with caution because by the time we start seeing that impact it’s almost too late – we need to prevent that happening in the first place.”

However, Ms Stephens urged people to continue to access testing – particularly if they have symptoms – because only then can officials confirm where cases are occurring, and who might be putting others at risk.

The rules people in Oldham are being asked to follow are to spend time with those in your household and work from home where possible.

Residents are not allowed have visitors to your home or your garden.

If people are going to meet others they do not live with they must do it outside, but maintain two metre social distancing and avoid any physical contact.

People should be wearing masks in shops, on public transport and in ‘enclosed and crowded spaces’ – as well as avoid touching their face and wash their hands regularly for at least 20 seconds.