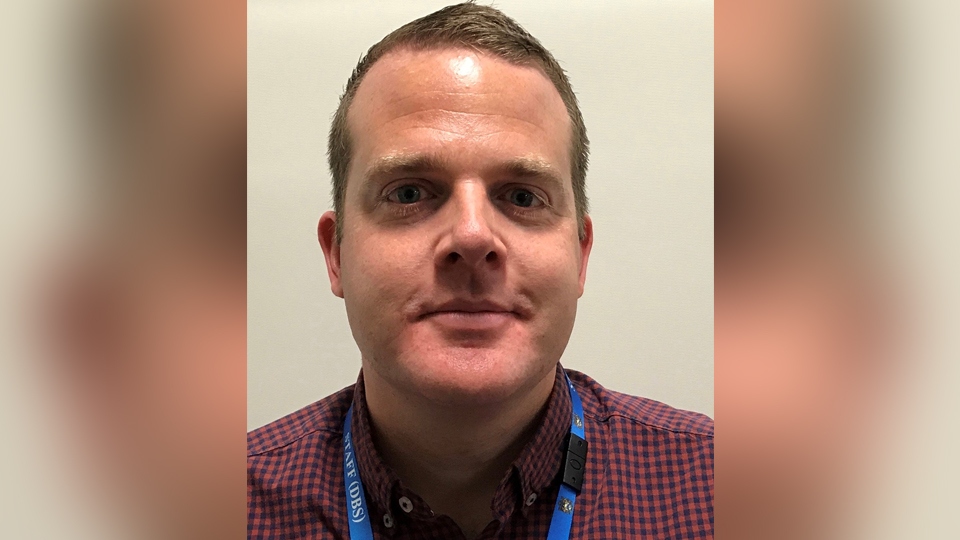 Saddleworth School’s new headteacher said he is ‘excited’ to return after three years away from the school as he thanked staff and pupils for working so hard to make the site Covid safe.

Mike Anderson spent eight years at the Uppermill-based school, including as assistant headteacher and Curriculum Leader for English, before moving to The Blue Coat School Oldham for the last three years as deputy head.

Now he is back in Saddleworth to taking on the top role following the retirement of executive headteacher Matthew Milburn and headteacher Dave Watson in August.

And he is not deterred by the challenge of following strict coronavirus guidance and regulations at school in the wake of the pandemic.

“It has been a strange start to the term but it is the same for every school,” he admitted.

“We have put lots of different measures in place such as cleaning, staggered arrival times, different year group entrances, and sink and sanitiser stations around the school.

“Staff supervision has been enhanced significantly around the school during break and lunch times and we’ve got a one-way system in place to reduce the chance of meeting lots of people in the corridors.

“The staff and pupils have all been fantastic and have followed all the guidance. I am extremely grateful so I want to say a big thank you to all the staff and children.

“We have done everything we can to make sure we can open the school safely again and get the children back in the classroom again with their friends, which is where they belong.

“The school has been quiet without all the children in so it’s good to have them back.”

Year 7 pupils returned first on Wednesday (September 2) to give them an induction to their new school before Year 8s to 11s came back on Thursday at different times.

And for Mr Anderson, it was a welcome return to a school he where spent almost a decade.

“It is fantastic being back. I am really excited to return and I am enjoying it,” he said.

“Some of the staff now were here before so I recognise some familiar faces. Also, some of the children now in Year 10 or 11 were here too – but they look a lot older now!”