Shining a light on suicide this World Suicide Prevention Day 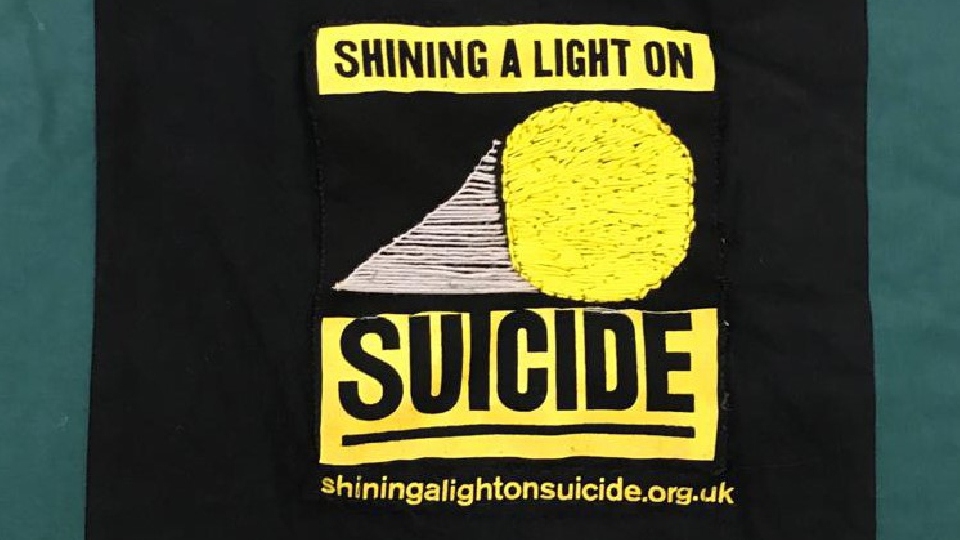 A suicide memorial quilt and mental health training for barbers are just two of the ways Greater Manchester is looking to prevent suicide and get everyone talking about the subject.

A range of activity is taking place as part of the Greater Manchester Health and Social Care Partnership’s (GMHSCP) Shining a Light on Suicide campaign, which aims to prevent suicide and take the subject out of the dark by encouraging everyone to talk openly about suicide.

Today is the launch of Speak Their Name, the Greater Manchester Suicide Memorial Quilt, made in memory of everyone that has died by suicide in the city-region.

The quilt, which was displayed at Manchester Art Gallery, is made of 54 unique squares, each one lovingly created by someone who is bereaved by suicide.

Every year, more than 200 people take their own life in the city-region and research suggests that for every person that dies by suicide 135 people are affected.

As well as remembering those lost to suicide, the quilt aims to raise awareness of the impact of suicide and the benefits of peer support and creative activities.

The private online group is a place for group members to talk about the person they’ve lost and support each other during difficult times.

Speaking about the project, Rebecca said: “We called the quilt Speak Their Name as many people bereaved by suicide have found that those around them often avoid saying the name of the person that has died.

"We want to tell the individual stories of those we have lost to suicide, to show the outside world that these are not numbers, these are human lives and real people left behind.

“As a mum bereaved by suicide I know how essential crafting had been to my mental wellbeing and I wanted to share some of the skills I had learnt along the way.

“Quilting has a long history of storytelling and calling for change.

"We hope that Speak Their Name will help raise awareness of the impact that losing a loved one to suicide has and to be part of Greater Manchester’s history.”

Thanks to the success of the project and the wellbeing benefits of both peer support and creative activity, the group is set to continue.

Anyone bereaved by suicide is invited to join the online community and take part in monthly creative activities.

As part of its commitment to suicide prevention, GMHSCP is also funding 40 free places on BarberTalk, mental health training for barbers, during the Month of Hope.

Developed by Tom Chapman, founder of The Lions Barber Collective, BarberTalk equips barbers with the skills to recognise the signs that a client may be struggling and teaches them how to support someone to get help.

It is the first time that training will be done on this scale in Greater Manchester. Suicide is the biggest killer of men under the age of 49 and this training marks an important step in preventing suicide as men spend more time talking to their barber than their GP.

Barbers in Greater Manchester can sign up at: https://barbertalk.eventbrite.co.uk

Barbers and those interesting in suicide prevention also have the opportunity to put their questions to Tom, who has produced a film called the £1.7 Million Haircut and delivered a TEDx talk on the subject, at an online event on September 17 hosted by writer, broadcaster and DJ Dave Haslam.

Find out more at: https://how-barbers-save-lives.eventbrite.co.uk

Residents are invited to watch the Anthony Seddon Fund’s online vigil from 7pm and the live stream of the sold out drive-in vigil at Salford Civic Centre at 8pm, organised by Start in Salford.

As well as remembering those we have lost in Greater Manchester, these vigils show those that are grieving the loss of loved ones to suicide that our community is here for them with this demonstration of support.

“If you are experiencing suicidal thoughts, please speak to someone you trust or call the Samaritans on 116 123. Telling someone how you feel is the first step to getting help – help that you deserve.”

Suicide affects us all.

Encourage someone to talk before suicide seems their only option.

Together we can help prevent suicide.

Find out how at: www.shiningalightonsuicide.org.uk

If you’re bereaved by suicide, you do not need to deal with your grief alone.

Greater Manchester Bereavement Service can find the right support for you.

Take the free 20 minute training to learn how to save a life, here