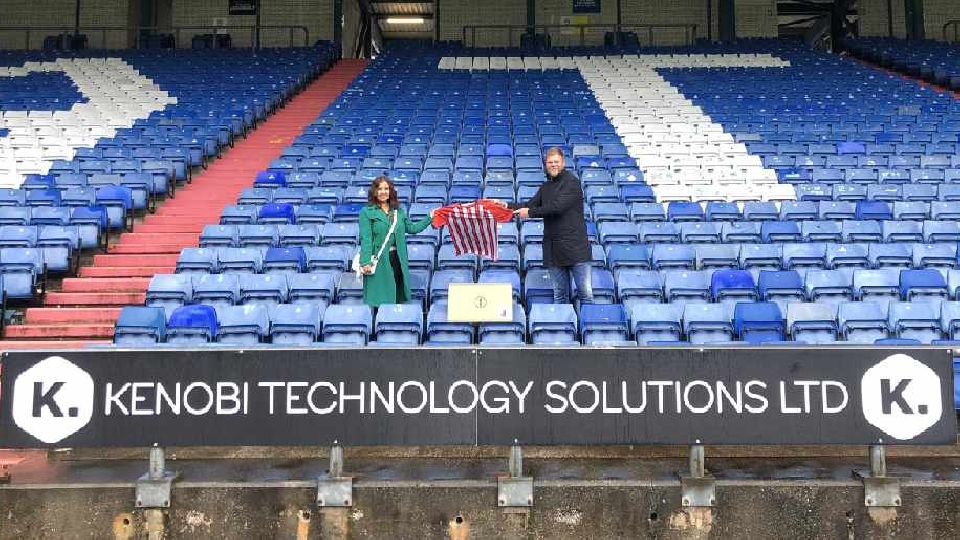 One lucky Latics fan has won a season ticket, thanks to IT reseller Kenobi Technology Solutions.

Kenobi invited Latics fans to take part in the online competition by simply following Kenobi and OAFC, sharing the post and tagging a friend who deserved the prize.

Designer Sam Corry, from Royton, was announced as the winner.

As well as the season ticket, Sam has also won an OAFC shirt and a new laptop.

Sam has been an OAFC fan for 31 years, attending both home and away games.

She goes to games with her mum, dad, brother, 11-year-old nephew and 10-year-old niece.

She said: “The prizes were a very welcome surprise as my laptop has seen better days.

"My season ticket hadn't been renewed due to affordability, and the signed shirt was a lovely surprise for my nephew who has been attending games since he was 18 months old.

“My friend tagged me in the competition after I had tagged her.

"I thought it was just for a season ticket and the other prizes were for second and third places.

“When I realised I’d also won a laptop and shirt, I couldn't believe it. I never usually win anything!”

Sam’s love for Latics began after she attended a match with her dad.

She said: “The first OAFC game I went to was the start of the amazing cup run which eventually saw us reach Wembley.

"A day never to forget, other than the narrow defeat.

“After that we were hooked and experienced some fabulous times, especially winning the league which got us promoted to the Premier League.”

Glen Taylor, Managing Director of Kenobi Technology Solutions, said: “We were lucky enough to win a competition to become the back of shirt sponsor for OAFC and within that we won a season ticket.

“We decided to give the ticket away to a deserving fan, along with some other prizes to really make someone’s day.

"It was lovely to meet Sam and give her the prizes in person.”

As well as sponsoring the back of the first team shirts for the 20/21 season, Kenobi also sponsor new Oldham Athletic head coach Harry Kewell and his backroom staff along with the social media for the club too.