You are Here: Home » News » Main News » Opponents to GMSF should think ‘long and hard’ about risk to green belt without a plan – Mayor warns 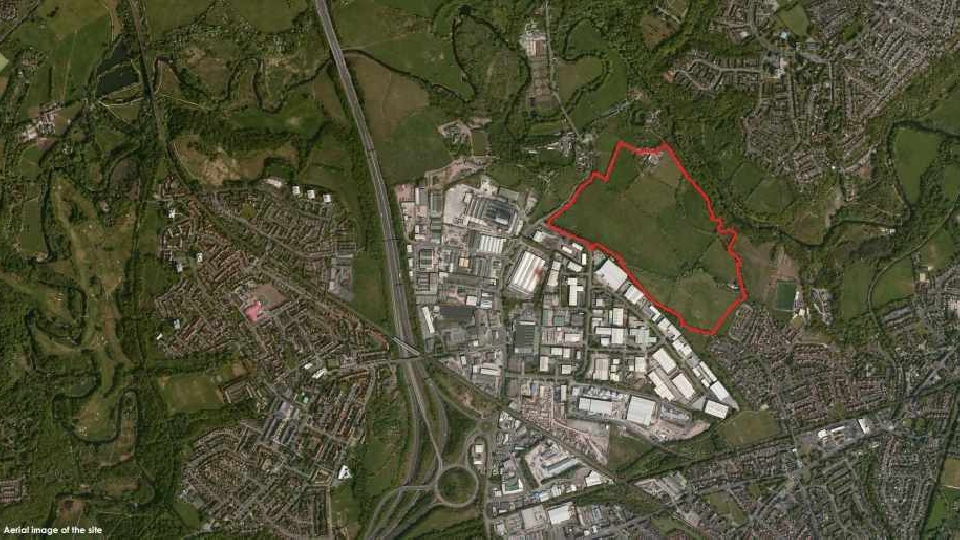 An aerial image of the proposed Bredbury Gateway site

People who oppose the region’s development masterplan should think ‘long and hard’ about how much more of the green belt could be built on without it, Mayor Andy Burnham has warned.

The latest draft of the Greater Manchester Spatial Framework (GMSF) has been delayed for a seventh time following a disagreement between Tameside and Stockport councils about a site designated for thousands of sqm of warehousing.

The blueprint, which maps out where new homes and businesses are to be built across Greater Manchester over the next 17 years, has evolved several times since it was first published in 2016.

The latest row revolved around the Bredbury Park industrial estate on the border of Stockport and the Tame Valley, which has led to the publication of the proposals being put back again while the details of a compromise are worked out.

However, speaking at a press conference today (Wednesday), Mr Burnham denied the clash over the industrial estate plans had thrown a spanner in the works at the eleventh hour.

“I don’t think you could describe this as just a last minute objection, there had been concerns expressed about the site and I think there were ongoing discussions with both councils but then there was a planning application which further complicated the situation so that’s the situation that we were in,” he said.

“What I can say today is that the two leaders and the two councils concerned have come to an agreement in principle which is really welcome and I would like to thank both Tameside and Stockport for the way in which they have approached this.”

A planning application for the site was lodged with Stockport council in August 2019, but no decision has yet been made.

The draft GMSF proposals had been due to be made public on October 5 but Mr Burnham did not confirm a new date for their release.

“Technical work is being done now on that proposed solution so it’s not through any political disagreement this is simply about work being done to put all of the technical appraisals in place,” he said.

“We’re hoping that it can move forward soon.

"There is no impediment from our point of view other than the completion of the necessary work.”

It is understood the revised proposal for Bredbury would reduce the amount of land intended for development in order to protect more green space in the Tame Valley.

Mr Burnham added that the region ‘needed’ the GMSF to progress after five years of work, and the 2020 draft was now going to be ‘even stronger’.

After being ripped up in 2016, amid fierce opposition from communities and environmental campaigners a revised version was produced in 2019, but it still containted contentious development plans for green belt sites.

However, Mr Burnham said that without the framework being approved, boroughs faced having to build more houses on currently protected land.

“If we don’t have a plan in place the green belt will be more exposed to speculative development,” he added.

“Who would thank me coming out of a crisis like this for having no economic plan for Greater Manchester, that’s another reason why it needs to move forward.

“It helps us bring in resources from government, on brownfield for instance we recently got £80m there because we have a clear plan.

“And for some of the boroughs concerned, Tameside, Stockport and others, it enables them to build below their housing need and if we didn’t have a plan they would have to build more, and those opposing the GMSF in those boroughs need to think long and hard about that.

“And I will be going out and asking for people’s support.

“Because if we look at the bigger picture for Greater Manchester we really now need to know where we’re going from a planning and economic development point of view and the GMSF will give us that framework, as difficult as it’s been.”

It is understood Greater Manchester is still hoping to get the plan out to final public consultation this year, after which it would go to the Secretary of State.